Gaylon C. Hayes Has Been Recognized as One of the Top in His Industry by the Expert Network©

Oklahoma City, OK, August 16, 2017 (Newswire.com) - Gaylon C. Hayes, Attorney at Law, Hayes Legal Group, PC, has joined The Expert Network©, an invitation-only service for distinguished professionals. Mr. Hayes has been chosen as a Distinguished Lawyer™ based on peer reviews and ratings, dozens of recognitions, and accomplishments achieved throughout his career.

Mr. Hayes outshines others in his field due to his extensive educational background, career longevity, and numerous awards and recognitions. He earned his Bachelor of Arts in Finance and Economics from Southwestern Oklahoma State University. With his sights set on a career in law, he began working in law enforcement as an officer for various Sheriff's Offices in western Oklahoma. He worked as a Criminal Justice Coordinator for the U.S. Department of Justice and became an Agent in Charge for the Oklahoma Bureau of Investigation. He was also the first Agent in Charge after the creation of the Oklahoma Bureau of Narcotics in 1975. In 1988, he enrolled in Oklahoma City University School of Law to pursue his Juris Doctor and founded Hayes Legal Group upon graduating in 1991.

With more than 25 years dedicated to law, Mr. Hayes brings a wealth of knowledge to his industry, and in particular to his area of specialization, federal false claims case, which touches on a broad range of areas, including personal injury and employment law. When asked why he decided to pursue a career in law, Mr. Hayes said:

"My mother was a court clerk and after school, I would go to the courthouse with her to visit with the judge and watch trials. That’s how I developed an interest in the law."

Mr. Hayes's work as a prosecutor in cases across the United States has garnered him recognition among the 10 Best in Client Satisfaction by the American Institute of Legal Counsel. While most cases are federal, within the last 12 months a case initiated by Mr. Hayes was concluded for the State of Texas, who received over a million dollars for fraud against their Medicaid system. In the same period, both Medicare and Medicaid recovered over 4.7 million dollars for overbilling in Oklahoma, in a case also initiated by Hayes Legal Group.

As a thought-leader in his field, Mr. Hayes keeps his eye on prevailing trends within federal false claims. In particular, he notes that when a new presidential administration assumes power, there is always a degree of uncertainty that comes with how the new Department of Justice will decide to implement the FCA:

"Most of our claims are federal, meaning we deal extensively with the Department of Justice. So, I’m holding my breath with the Trump administration, because the influence that the president has makes a difference as to the DOJ’s willingness to intervene and take on a case. It’s very politically sensitive, so every time there is a change in federal government I need to pay very close attention to how they will treat cases related to the FCA." 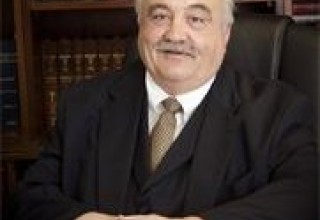