It's the most wonderful time of the year for classic film fans with The Film Detective's December line-up of festive favorites, every night at 8 pm ET. 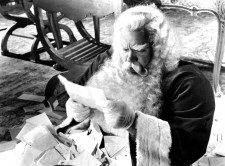 ROCKPORT, Mass., November 30, 2020 (Newswire.com) - The Film Detective (TFD), a classic media streaming network and film archive that restores and distributes classic films for today's cord-cutters is getting in the holiday spirit, announcing the return of the 25 Days of Christmas Classics, Dec. 1-25 at 8 pm ET.

Bringing both campy and classic content, TFD is proud to introduce the 1993 Mystery Science Theater 3000 roast of Santa Claus vs. The Devil (1959), in collaboration with Shout! Factory. Adding to the rocking (and schlock-ing) around the Christmas tree is the return of fellow cult classic Santa Claus Conquers the Martians (1964).

To pull at any viewer’s heart-strings is the TFD debut of The Gift of Love: A Christmas Story (1983). Starring Angela Lansbury and Lee Remick, the Los Angeles Times praised The Gift of Love, saying “Lovely performances by Lee Remick and Angela Lansbury... luminous presence of Polly Holliday... make this a special that merits repeating in seasons to come.”

Accompanying TFD’​s Christmas line-up are marathons to make the season merry and bright. The Film Detective will celebrate Dick Van Dyke’s 95th birthday with episodes of The Dick Van Dyke Show (1961-1966) on Dec. 13 at 12 pm ET.

The Film Detective will also celebrate Christmas Eve with 24-hours of holiday movies, followed by 24-hours of Christmas TV-episodes on Christmas Day. With many spending the holidays at home this year, TV’s favorite families including The Clampetts and Burns and Allen will certainly bring holiday cheer.

Fans will also find holiday cheer in the “Santa Claus Conquers The Martians DVD and 7" single” release, made in collaboration with Modern Harmonic, Something Weird Video, and The Film Detective. Pressed on Martian green vinyl, this festive treat features a 45 RPM 7" single of “Hooray For Santa Claus” from Milton DeLugg & The Little Eskimos alongside a rendition from The Fleshtones, TFD’s print of Santa Claus Conquers The Martians on DVD, and festive oddities from the Something Weird vault.

For more information about the “Santa Claus Conquers The Martians DVD and 7" single,” visit https://recordstoreday.com/SpecialRelease/13220.

The Film Detective is a leading distributor of restored classic programming, having distributed its extensive library of 3,000+ hours of film on DVD and Blu-ray and through platforms including TCM, NBC, EPIX, Amazon, PBS, and more. TFD has released its app on the web, Android, iOS, Roku, Amazon Fire TV, and Apple TV and is available live on Sling, STIRR, Plex, and DistroTV. Visit us at www.TheFilmDetective.com.