From an Impoverished Mongolian Village to the Shark Tank

Born into poverty Dr. Michael Jiang's path to a PHD in Neuroscience is continuing to entrepreneurship with a breakthrough invention, Nerv.

ATLANTA, Ga., February 14, 2018 (Newswire.com) - ​Dr. Michael Jiang was born to the only two adults with any formal secondary education in a remote village in Mongolia. It was his parents belief in education that drove them to borrow from relatives and friends and against all odds escape communism so their son could live an American dream.

The family emigrated to New Zealand where their son was quickly identified as uniquely gifted propelling him through the school system and onto Australia where he was accepted into one of the countries top high schools on scholarship. Michael's father insisted that he pursue his potential in America, and so he applied and was granted a scholarship after scholarship culminating with a PHD in Neuroscience from Emory University in Atlanta.

I called my father immediately and shared the news, he was lost for words, the Shark Tank to him is a representation of all things great about American entrepreneurship."

His pursuit of the American dream meant he had to leave his family behind in Australia, however the young Neuroscientist will never forget the sacrifices and drive of his parents to see him realize his full potential. While academia was calling, entrepreneurship drowned out the message, and Michael created a beverage called Nerv, which was fully funded on Indiegogo within days and is now sold in stores and on Amazon.

If education was the ticket out of poverty, then Michael's next step into entrepreneurship could have no better introduction than an invitation to be considered for the 10th season of the popular show "Shark Tank". "When I received the email invitation I lost it," said Michael, "I called my father immediately and shared the news, he was lost for words, the Shark Tank to him is a representation of all things great about American entrepreneurship."

While there is a long way to go to make it to and through the Shark Tank, Michael is content knowing that at least he is on the radar and that his work is benefiting others.

Dr. Michael Jiang received his Ph.D. from Emory University where he was a division scholar in Neuroscience and won multiple awards including an American Heart Association Pre-Doctoral Fellowship. 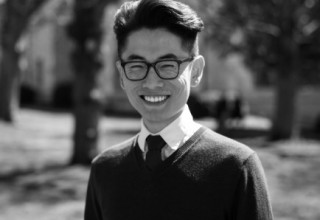