Free VPN Services Are the Bane of Digital Privacy - Being a Cynic for Anything 'Free' is Necessary, States BestVPN.co

The old adage, 'When you get something for nothing, you just haven't been billed for it yet' from the famous Franklin P. Jones flawlessly defines the uprising of free VPN swindles, fooling customers only to steal their valuable data. BestVPN.co illuminates users on why it is crucial to be pessimistic when dealing with services that claim they are "Free"! 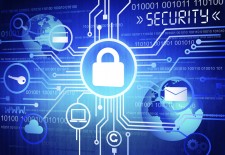 CHARLOTTE, N.C., July 14, 2018 (Newswire.com) - The main initiative of BestVPN.co is to offer unbiased insight to privacy-concerned users regarding VPN providers, and other crucial info on how to stay safe online. This involves warning about fraudulent services, hiding their data mining activities, behind the “free” masquerade. Services that sham, cheat, and sell tall tales for privacy, but go rogue or silence individuals, who question them. VPN users need protection from these duplicitous entities.

Recently, there have been two such incidents of negligence/deceit, resulting in great mistrust and stress. One involves a free VPN that plugs into browsers (claiming to have a user-base of over 50 million users), tangled in a malicious attack, lasting for five hours. Individuals who had the VPN switched on while accessing MyEtherWallet, were being monitored. The aim of this breach was to steal crypto. MEW urged all users to uninstall the extension, and transfer their funds to another account.

We always inform our audience to be wary of services that claim to offer anonymity for 'FREE.' Nothing in this life can ever free, and you do end up paying for it at the end. In the case of VPNs, this means compromising on your digital privacy, which unquestionably shouldn't be an option! This especially goes true for VPN users, who travel around the world, indulge in investigative journalism, engage in P2P/File sharing, or unblock geo-restricted channels.

The amount of cryptocurrency lifted from MEW users’ cache is still unknown, but the incident reiterates the fact: people are not secure with anything “Free”. Their technologies can put users’ privacy at great risk. The second incident, leaving many at BestVPN.co surprised, involves three providers in different locations around the world. Each of which have traces leading back to a data-mining firm in Lithuania – a country that became a member of the NATO alliance back in 2004.

This alone should be reason enough, not to trust any of the providers, as NATO along with the 5/9/14 Eyes Alliances are reputed for sharing intelligence, censoring freedom of speech, and influencing political agendas. Nevertheless, to further elaborate, two of the providers offer a “Premium” service, while one focuses on selling the “Free” hogwash. A reality check: there is no such thing as a free VPN, just like the old saying, “There ain't no such thing as a free lunch”.

Running a VPN service is not light on the pockets. Purchasing/maintaining servers around the world, developing/tweaking apps, releasing regular updates, and providing customer support, requires respectable finances. Who pays for this, if these services have no earning model? VPN users do! Cheated to provide access to private data, sold for profit to third parties. Now, if VPNs already have links to data mining firms, it is useless to even believe that the private data, personal identity, and online activities of anyone is safe.

Apart from these incidents, some free services have also been caught tricking their users to become part of a Botnet, by using their IP addresses as a network endpoint, to increase bandwidth. Others give priority to adverts for earning money, resulting in poor page-loading speeds. There have also been cases of IP address leaks, due to the VPN technology of these free providers being less robust/outdated. All this only leads to a poor internet experience, hence why it is better to go for low-cost VPNs, especially if saving money is a vital concern!

“…We always inform our audience to be wary of services that claim to offer anonymity for “FREE”. Nothing in this life can ever free, and you do end up paying for it at the end. In the case of VPNs, this means compromising on your digital privacy, which unquestionably shouldn't be an option! This especially goes true for VPN users, who travel around the world, indulge in investigative journalism, engage in P2P/File sharing, or unblock geo-restricted channels,” said Muhammad Hamza Shahid, a VPN-Analyst from BestVPN.co.

Founded in 2018, BestVPN.co is the ultimate resource for privacy-concerned individuals, who want to enjoy an unfiltered and anonymous internet experience. The website acts as a weather forecast system for VPN technologies, providing you with the latest in cybersecurity. It also helps guide users through blogs/articles relating to digital privacy, in-depth provider reviews, and comparison of VPN technologies to select a suitable service, according to individual budgetary and anonymity requirements.

Founded in 2018, BestVPN.co is the ultimate resource for privacy-concerned users, who want to enjoy an unfiltered and anonymous internet experience. The website helps guiding users through guides relating to privacy, detailed VPN Review, and more.

BestVPN.co Answers the Calling of Bargain Hunters This Black Friday - 70+ Budget-Friendly VPN Deals
It is crowded, it is overwhelming, and it is crazy, welcome to Black Friday. A realm where retailer and eCommerce sites become battlegrounds. People are conquerors and the deals become the hunted. The same goes for the privacy bazaar. Users can find a myriad of VPN specials/discounts. BestVPN.co conducts an in-depth analysis on providers to reveal the most inexpensive choices for Black Friday.
Bestvpn.co - Nov 20, 2018

Increased Responsibility: Parents Forced to Keep a Strict Eye on Their Kids Online Activities, Researched by BestVPN.co!
"Yes, kids love technology, but they also love Legos, scented markers, handstands, books, and mud puddles. It's all about balance." This quote from an anonymous author accurately sums up how parents should deal with their kids' increased exposure to the digital realm. There is a new world out there, our little ones are not ready to explore yet. BestVPN.co explains why!
Bestvpn.co - Sep 19, 2018