Foundation Plans to Create 70,000 Jobs for the Deprived

Head of the Execution of Imam Khomeini's Order (EIKO), also known as Setad, says the organization has created some 41,000 jobs in the last seven months and plans to create 70,000 jobs in the coming Iranian year, which starts on March 21. 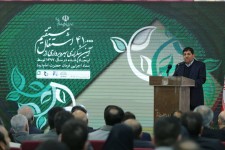 TEHRAN, February 21, 2019 (Newswire.com) - Mohammad Mokhber made the remarks on Tuesday at a ceremony marking Setad’s achievements in creating jobs. He said Setad’s job creation has led to 40,000 indirect jobs.

During the ceremony, Barakat Foundation’s employment plans for social jobs was also unveiled.

He said one million health insurances have been issued in deprived areas by Barakat Foundation, adding, “10,000 infertile couples have received treatments, with 542 cases being completely treated, as a result of which 224 babies were born.”

The official further said good campaigns have been launched with people’s help and 300,000 student stationery packs were provided by the campaigns which were then distributed in deprived areas at the beginning of the school year.

He said Setad has been pursuing important activities after conducting extensive field surveys, according to which job creation plans were designed and organized.

“We thank God because today we are at a milestone in Setad,” Mokhber remarked, adding that he played a minor role in the organization’s achievements.

He pointed out that in the last seven months 20,000 social jobs were created, 700 people were employed in small and medium businesses and 1,500 people were provided with facilities.

“The Execution of Imam Khomeini’s Order should become a symbol of ‘we can’ mentality,” he emphasized.

Setad has gotten involved “in crucial spheres where people cannot be involved in and the government must not get involved in,” the official added.

He also said 382 companies within Setad have gone public and the organization is ready to sell up to 100 percent of its companies’ stocks.

‘Relying on people the only path forward’

Elsewhere in his remarks, Mokhber said during the current economic war imposed on Iran by the enemies, there’s “no way forward but to rely on the people.”

Also after the Islamic Revolution, Mokhber continued, the enemies were seriously after the country’s disintegration, a stage which “we passed through by the grace of God.”

The official compared today’s economic war on Iran with the Iran-Iraq war in the 1980s, which is known in Iran as the “Imposed War,” saying while during the Imposed War some people were involved, in the economic war all of the people are involved.

Pointing to a recent statement by the Islamic Republic’s Supreme Leader Ayatollah Ali Khamenei on entering the second phase of the revolution, Mokhber said under the Leader’s command “we have placed our focus on the empowerment of people in deprived areas. In addition, as he emphasized, we have pursued individual cases as well.”

Mohammad Mohammadi Golpayegani, the chief of staff of the Supreme Leader’s office, also addressed the ceremony. “Mr. Mokhber’s remarks and his presentation of the activities of the Execution of Imam Khomeini’s Order brings the glimmer of hope to the hearts of the people,” he said.

He said Barakat Foundation, whose name means blessing, “is really full of blessing.”

Mohammadi Golpayegani also said the relationship between the people and the Leader is the factor behind the survival of the Islamic system for 40 years. 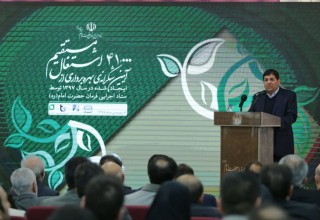 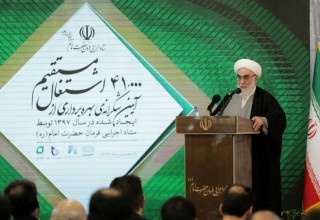 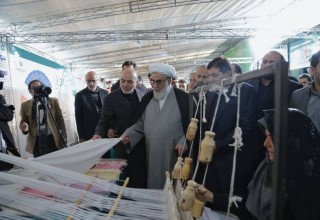 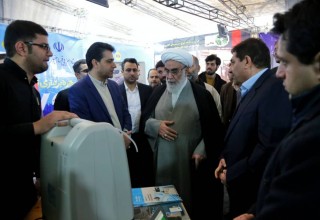