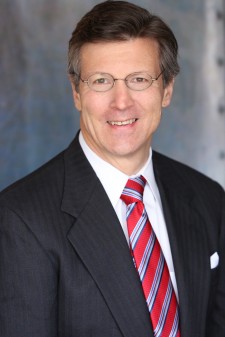 NEW YORK, December 10, 2018 (Newswire.com) - InvestAcure, PBC, a Common Need Investment firm for Alzheimer’s R&D, announced today that David Weild IV, Former Vice Chairman of the NASDAQ, frequently referred to as “The Father of the JOBS Act,” will join the company as Co-founder & Vice Chairman of its board of directors.

Mr. Weild is the Founder, Chairman and CEO of Weild & Co. The studies that he co-authored have documented the long-term decline in equity capital formation in the United States and provided the core arguments that gave rise to the JOBS Act and many of its specific provisions. For these reasons, he is frequently called "The Father of the JOBS Act." Mr. Weild is a former Vice Chairman and executive committee member of The NASDAQ Stock Market and spent years running major Wall Street investment banking and equity capital markets businesses.

InvestAcure is a Public Benefit Corporation, building a spare change investment platform to enable all who share a ‘Common Need’ to see Alzheimer’s cured, to automatically round-up day-to-day transactions to the nearest dollar and invest their spare-change in companies working on developing effective medications for the disease.

Mr. Weild said, “Alzheimer’s is a crisis that as of yet has no solution. Left unchecked it will touch each of us directly or indirectly and drain the savings of Americans. Many advances in research are not pursued by larger drug companies whose economic models favor palliative care (long-term repeat drug sales) over cures and drugs over diagnostics while smaller companies struggle to attract investment. InvestAcure’s Common Need Investment model has the potential to alleviate some of this investment bottleneck. 70 million US adults have a relative with Alzheimer’s. If a small percentage of this affinity group invest their spare-change, billions of dollars will be freed to fund approaches that might otherwise be neglected. I’m thrilled to join the InvestAcure team, to work with them to develop this financial model to its full potential. I also hope to use my experience with the JOBS Act and JOBS Act 3.0 legislation, that passed the House 406-4 on July 17, 2018, to continue to advocate for policies that speed the advancement of Common Need Investment to create a brighter future for all Americans.”

“David is one of the world’s top experts in capital markets and the use of financial policy to solve many of the major problems we face as a society. We are thrilled to have him join our team to help realize the full potential of our vision for Common Need Investment to ensure that financing is made available for companies working on lifesaving drugs and therapeutics for Alzheimer’s and other complex diseases,” said Max Tokarsky, Founder & CEO of InvestAcure, PBC.

Mr. Weild is the Founder, Chairman and CEO of Weild & Co., the firm that is revolutionizing investment banking by pushing it to the cloud. The studies that Mr. Weild co-authored were the first to identify the long-term decline in equity capital formation in the United States and provided the core arguments that gave rise to the JOBS Act. For these reasons, he is frequently called “The Father of the JOBS Act.” Mr. Weild is a former Vice Chairman and executive committee member of The NASDAQ Stock Market and spent years running major Wall Street investment banking and equity capital markets businesses. He is also Chairman Emeritus and an active Board Member of Tuesday’s Children, the charity that provides long-term recovery services to 9/11 family members, victims of mass shootings, and widows and orphans of U.S. military.

InvestAcure is a Public Benefit Corporation, with a vision to see a world where drug companies are owned by millions of spare-change investors committed to curing Alzheimer’s. To realize this goal, the company is building a spare-change investment platform to enable those impacted by Alzheimer’s to partner in the search for a cure by rounding-up day-to-day transactions and investing the spare change in clinical stage pharmaceuticals working on promising drugs. This would help transition investment leadership from a narrow group of profit-driven investors to a much larger and stable investor base motivated primarily by the search for a cure, leading to more clinical trials, more drugs and drug combinations tested and progress to a cure.