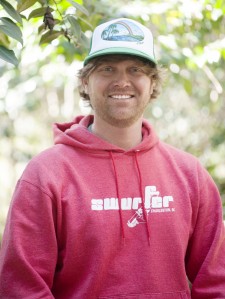 Prior to founding Swurfer, Bertschy worked for over 10 years at Milwaukee Electric Tool developing and selling innovative power tools and accessories. “Rob did a wonderful job developing and marketing Swurfer. As part of the Flybar team, Rob will be able to grow Swurfer even more. We are also excited to have him work on our many other products in development. He is a passionate creative guy and he channels that every day.” said Saul Wolhendler, Flybar, Inc President and CEO.

“The Flybar team is committed to innovation and creativity. It is the perfect platform for me. We have a lot of amazing stuff to work on and I’m ready to hop on the challenges.” said Robert Bertschy.

Flybar, Inc acquired Swurfer in April of 2017 for an undisclosed sum. The Outdoor and Sports Toy category is one of the fastest growing categories and Flybar saw the opportunity to move into that space with the value and brand recognition Swurfer had amassed. The April acquisition marked Flybar’s first acquisition under new management established in 2015.

In 1918, toy inventor George B. Hansburg introduced America to the pogo stick and opened the original pogo stick company. In the early 1920’s Hansburg brought his pogo stick to his friend, Florenz Ziegfeld of the world-famous Ziegfeld Follies. Ziegfeld, the eminent Broadway impresario of the day, immediately choreographed a pogo routine into his show. The Follies made pogo sticking the latest craze. Hansburg made the pogo stick his passion and continued innovating pogos. To revitalize the pogo craze, Hansburg set out to reinvent the quality, durability and fun of the pogo stick. His 1957 Patent for the “MASTER” pogo stick, shows the now iconic curved handle and dual supporting bars. In the late 50’s and early 60’s, Hansburg did indeed recreate that pogo craze with the “MASTER” pogo stick.

Hansburg’s original pogo stick company, changed hands in the 70’s but its new owner was equally committed and passionate about pogo sticks. They persistently tried to improve on the basic pogo stick. It was this quest, for a pogo that could elevate riders to new heights, that ultimately lead to the development of the Flybar in 2000. The Flybar used patented technology of Elastomeric Thrusters. These thick natural rubber thruster bars could be selectively engaged to create the right bounce based on weight and ability. The Flybar created a comfortable BIG bounce that replicated the feel of a trampoline. But, what the Flybar really created was the extreme pogo sport, and pogoing never looked quite the same again.

We are still passionate about pogos after 99 years, and are proud that Flybar pogos are “the standard by which all pogos are measured”. From innovating the extreme pogo, introducing pogo interactivity, to continuously supporting pogo sports and pogo health all around the globe, Flybar continues to be the world’s leading pogo stick company. But Flybar today is not just pogos. New products for toddlers, stilts, gear, and skateboards are all designed and developed with the passion and innovation George Hansburg first demonstrated nearly 100 years ago.