With nearly 20 years of experience dedicated to law, Mr. Van Boekel brings a wealth of knowledge to his industry, and, in particular, to his areas of specialization, family law, divorce law, immigration law, and criminal law. When asked why he decided to pursue a career in law, Mr. Van Boekel said:

"My mother was a paralegal so I always had some curiosity about law. But It wasn't until serving in the military that I decided to make a career in it. After leaving the service, I wanted to continue making a difference in people's lives and I believe law is important because it can change people's lives for the better and you can make significant contributions to society acting as a lawyer."

Mr. Van Boekel has twice been named to the National Trial Lawyers Association list of “Top 100 Lawyers” and the Super Lawyers list of “Rising Stars,” an honor bestowed upon just 2.5 percent of all attorneys in New Jersey.

As a thought-leader in his field, Mr. Van Boekel keeps his finger on the pulse of prevailing trends in his areas of practice. In particular, he has been paying close attention to the effects of the New Jersey Alimony Reform Act which was signed into law by Governor Chris Christie in 2014. He noted:

"I am a pro-woman lawyer, and this law has changed several things that have had a negative impact on women's ability to receive alimony. Though it changed the age of emancipation from eighteen to nineteen, it has also abolished permanent alimony in the state." 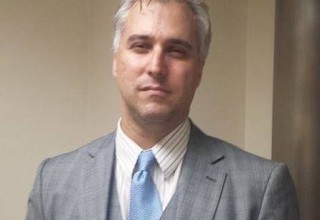