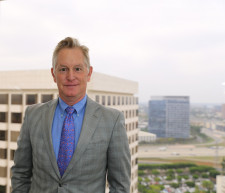 McKenzie joins F&F Capital Group to lead their rapidly growing nationwide acquisition initiative. In the past 18 months, F&F has acquired over two million square feet of retail, over $100 million in non-performing loans and mezzanine debt, several hotels and student housing developments, and 2,000 multifamily units. Under Kevin's leadership, F&F will accelerate the expansion of their real estate and debt investments and evolve into other markets of opportunity.

McKenzie transitions to F&F after 11 years as the Chief Investment Officer at Sabal Capital Partners. He brings his entrepreneurial approach to leadership across many successful Sabal initiatives, which positions him well to take up the rapidly expanding efforts of F&F. At Sabal, McKenzie co-founded and led the investment management business, having brought AUM to $1.1 billion encompassing real estate structured credit, debt and equity investments. Prior to co-founding the investment management business in 2014, McKenzie built and led its acquisitions, portfolio management and servicing platform, which acquired over $5 billion of distressed debt and real estate after the global financial crisis. With more than 25 years of real estate experience, Kevin has served as a developer, principal, investor, advisor, investment banker and architect, working in various capacities on more than $9 billion in real estate-centric investments.

Jeffrey Frieden, F&F Founder, elaborated on Kevin's role in the firm's continued expansion of its acquisition efforts. "With his strong reputation, deep background and knowledge in real estate and an impressive track record that speaks for itself, we know Kevin is going to work right into what we've been achieving here at F&F, and allow us to turn up the volume. We're all looking forward to seeing what our expanding team will accomplish together under Kevin's leadership."

F&F Capital Group leverages capital for strategic investments in real estate, technology, and aviation ventures. With billions in assets, F&F focuses on exceptional ventures where creativity and leadership, in addition to capital are necessary to drive growth. F&F was founded in 1990 by Jeffrey Frieden and Robert Friedman, the founders of Ten-X Commercial and Auction.com, which were later sold to Thomas H. Lee Partners for $1.6 billion.

If you would like further information about the press release, please contact Ike Elimsa at 949-288-6790, or ike@twelve12.com.

Marcio Pepe Releases 'Always and Never Again,' an Engaging Memoir Sure to Inspire
The insurance industry veteran's new autobiography talks overcoming odds and finding the courage to take a new approach in both work and life
Twelve12 - Jul 7, 2022

GetAQuote.com is Expanding Its Expertise to Florida Homeowners Insurance
The online insurance innovator is expanding its operations in Florida and beyond, offering guided expertise for those looking for an insurance quote for their home
Twelve12 - Oct 28, 2021