As the French Grand Prix was run and won, the winner was not as obvious as the MotoGP pilot who crossed the line first. The real winners were the 100,000 strong witnesses to the race and those who participated in a ritualistic celebration of speed. The French Grand Prix is as much about the fans as it is the racing. They demonstrated the "Esprit De Corps" that is the calling card of the French. It was the fans of MotoGP who established the race pace. Who is up to the task of matching them? 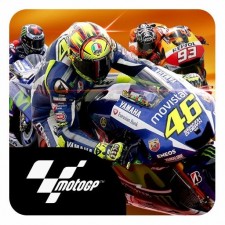 Le Mans, France, May 10, 2016 (Newswire.com) - ​​If there is a leading indicator as to the fan activity at any MotoGP, it must be the paddock and the parking areas on the Thursday of a race weekend. Should the fans arrive in force and the parking lots swell, then you can rest assured the weekend is going to be bigger than Ben Hur ever was. In Le Mans, the fans did not disappoint. Thousands of bikes swarmed the circuit, bouncing off the rev limiters, filling the  paddock with an air of excitement which would be a precursor the main event.

As night followed day, the camping ground filled with tents, vans and camping equipment which had more in common with vagrancy than organized camping. It was here that I was introduced to the unique custom of firing up the sacrificial internal combustion engine, revving it to the point of destruction. Small chain saw motors, sans mufflers, were flung around on ropes, like some sort of mechanical ritual which would summon the Gods of speed to descend upon the track, breath life and pace into the combatants who would take to the track.

As the developer of the MotoGP Championship Quest app I come to the races to understand the fans as much as I do the races. This weekend I learned a lot about the passion for 2 wheeled speed that runs deep in France. I saw evidence of "Esprit De Corps" which inspires us to work harder for the fans and focus on their love of the sport and the tribal nature of their engagement.

Just as these small 2 stokes furiously sucked fuel and air and screamed into the night air, the ritualistic participants were fueled by their own choice of fuel (aka: booze) and air. The more they consumed, like their mechanical offerings, the louder and more intense they became. Wandering the outfield in packs which would merge in a joyful embrace and often in nationalist song, morphing into larger more exuberant tribes which went in search of revelry. Presumably at some point they would fall over or return to their canvas dens, resting for the next round of mayhem.

The images of Thursday and the days that would follow got me thinking. What would make a crowd of this size respond in such a way. After all I was in France, the romance capital of the world. A country known more for “Joie de vivre” than the apocalyptic “Mad Max’esque” visions of the celebration of all things combustible?

I went in search for meaning, and I think I may have uncovered it!

“A double edged sword”. Nothing sums up the French better than this. On one side of the shining blade you have the fine, the meticulous  and exquisite the French are renowned for. Whether it be the great Masters, the Michelin chefs or the tallieurs, with their magnificent attention to detail. On the opposing  edge is the brute fighting force of the French. Perhaps with its origins with the Espirt De Corps of the French Foreign Legion, whose members originate from over 140 countries and where “Français par le sang versé”, French by spilled blood, is the highest honor and a path to citizenship. This edge of the sword makes the French amongst the most feared adversaries in sports such as Rugby, and in war.

So, I theorize that it is the two edged sword of MotoGP that attracted the legions of French fans in record numbers, to witness the refinement and brutality of the world's most dangerous Motorsport. Grand Prix motorcycle racing.

Let’s explore the theory. First and foremost is Esprit de Corps. The feelings of loyalty, devotion and commitment to a group, perfectly sum up the two wheeled brethren of the modern motorcyclist. They share the passion of speed, of freedom and of the elements along with the brotherhood of like mindedness.

Bring to the party fine meticulous execution of the perfect ride such as Jorge Lorenzo demonstrated on Sunday. Taking his pole position start, the reward of a circuit lap record, and capitalizing on it with an incredible start and a flag to flag dominance which would see him gap his nearest and greatest rival, Valentino Rossi by over 10 seconds. The beauty and brilliance of this edge of the sword was delivered in spades.

Behind Lorenzo however was the other edge of the sword. The brutality of hand to hand combat, of “Français par le sang versé". Where the chasing riders were engaged in a bruising and bloody fight for the podium and points. Unlike 4 wheeled Motorsport where the combatants may bump doors, push and shunt, the pilots of the MotoGP field physically clash into corners. Where a collision of bodywork literally means body on body contact, not fender on fender.

The French Grand Prix delivered displays of such gallantry a’plenty which would see more than a third of the field fall from their mounts, as they pushed them beyond the limits of traction. In doing so, they did not earn scorn from the crowd, but the affection and adoration that comes with the spilling of blood for France. Every rider who competed in the French Grand Prix  earned and received the respect of the crowd. This was evidenced in the paddock as the fans would seize every opportunity for a photograph with one of the riders, regardless of the racing class or the allegiance displayed on their hats or shirts.

The French Grand Prix in Le Mans will be well written about and dissected by pundits for the performance of the bikes and their riders, the tires, the weather and the other factors which contribute to the outcome. When taking the opportunity to reflect on the weekends racing, my mind drifted not to the track, but to the stands and the village, to the camp ground and the fence lines.

In doing so I came to understand why the French are such passionate fans. It has a lot to do with the national psyche, the legendary passion and the “esprit de corps” that makes the French the most wonderful of friends, the most respectful of fans, and the most formidable of opponents.