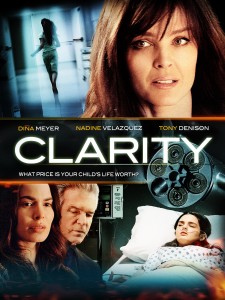 [Peyv Raz's Clarity is] intense, thought provoking, meaningful and incredibly important... The terrifying social issue of human trafficking is here seen in the most personal of ways and shows the awful effect it has on the parents left behind.

CLARITY is an intriguing and intense film that explores how far a mother would go for her child. When 22-year-old Maggie (Dana Melanie) falls fatally ill with a rare kidney disease, her adoptive mother, Sharon (Meyer) must find her birth mother to save her dying daughter. The family begins to unravel as Sharon discovers the baby she 'adopted' so many years ago, was bought - a victim of a human trafficking scheme. Estranged, emotionally ravaged Carmen (Velazquez) grasps for any thread and travels to Las Vegas to meet the girl who may be her daughter. What she finds is more than she bargained for and faces the ultimate question: how far do you go for love.

"'Clarity' plays in the boundary between emotional drama and psychological thriller. It is a 'reverse Russian Roulette' that provides insight into the untold stories of the victims of human trafficking," said Lise Romanoff, Managing Director/ CEO of Vision Films.

Director/Writer/Producer Peyv Raz shares, "I wrote Clarity because, at the time, I had a two-year-old — I couldn't imagine loving any human being more. One day I saw a news report/doc on TV that addressed a rapidly growing, widespread problem of babies and children under two being stolen from their parents, immediately smuggled out of the country and sold for illegal adoptions. As I looked at my son sleeping next to me, all I could think about was how devastated I would be, and I know, like every other parent, I would never let it go if it happened to us.  I then thought, what if the child needed something from the biological parent. What would the new parents who raised that child do? What would I do today to save my child's life? The answer is anything."

Vision Films is an Independent Worldwide Distributor and VOD Aggregator of over 800 Feature Films, Documentaries and Music Programs from some of the most prolific independent film producers in the world. Led by Lise Romanoff, Managing Director/CEO Worldwide Distribution, Vision Films releases 2-4 films a month, across Theatrical, VOD, DVD, and television. www.visionfilms.net 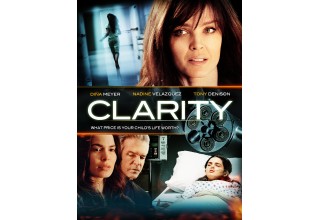 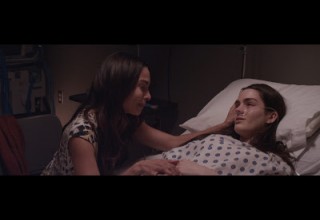 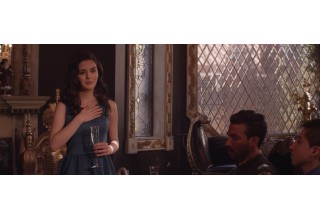