Duchess of Windsor: A Woman Who Stole a King's Heart Released by Vision Films 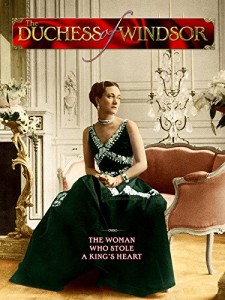 The film stars Hugo Vickers, historian to Queen Elizabeth, who offers a riveting perspective on Wallis’ life. Hugo’s close connection to the Royal Family gives a behind-the-scenes look at intimate details in the Duke and Duchess’ daily life which reveals a story never told before.

Director/Producer Douglas B. Maddox chooses very insightful ways to introduce Wallis Simpson and her life in Baltimore in the film. He says, “It is amazing the history you can find in your backyard, so to speak. When we began developing ‘Hidden in the Hood’ television show, I knew that the pilot story on the Duchess would make a great documentary. I think the Duchess of Windsor is a compelling and redemptive film for Wallis Warfield, a woman who started her life in Baltimore and made her way into a King’s Heart!”

The film uncovers her charismatic personality and unique fashion sense, including the “monkey dress” which may have inspired many of today’s print designs. She had been married twice before stealing the heart of Prince Edward. When it became clear that he wanted to marry her after he became King in 1936, she became an object of great controversy, as she was still officially married to Ernest Simpson and divorced people were normally excluded from court. King Edward VIII ultimately abdicated his throne in 1936 so that he could marry Wallis and was succeeded by his brother King George VI. Edward and Wallis later became the Duke and Duchess of Windsor by King George VI, but were arguably never completely accepted by the Royal Family.

Hosted by Scott Watkins and Tom Morris and with interviews from Hugo Vickers (Biographer to Queen Elizabeth), Jacques Kelly (Columnist), Benjamin Preston Rich (Grandson of Baltimore Mayor [1911-1919], James H. Preston), Joan Carter Jermakian (Alumnae Director, Oldfields School), Diana Daily (Relative of the Duchess), Philip Baty (Duchess of Windsor Museum) and Alexandra Deutsch (Curator at Maryland Historical Society), Duchess of Windsor: A Woman Who Stole a King's Heart weaves all of these voices together to shed light on the woman who became the Duchess of Windsor.

Lise Romanoff, Managing Director/CEO of Vision Films says, “This is an outstanding documentary film which gives the audience new insights on Wallis Simpson, a misunderstood figure in the history of the Royal Family.”

Vision Films is very excited to present Duchess of Windsor: A Woman Who Stole a King's Heart for review, and editorial inclusion. The film is available now on Amazon Prime and Video and Vimeo on Demand for an SRP of $3.99.

ABOUT VISION FILMS: Vision Films is an Independent Worldwide Distributor and VOD Aggregator of over 800 Feature Films, Documentaries and Music Programs from some of the most prolific independent film producers in the world. Led by Lise Romanoff, Managing Director/CEO Worldwide Distribution, Vision Films releases 2-4 films a month, across Theatrical, VOD, DVD, and television. www.visionfilms.net

ABOUT DBM FILMS: DBM Films is a development, production and distribution company that specializes in the creation and progression of various media including feature films and television shows. The staff supports clients by producing every aspect of a project on location and in the studio, including script writing, casting, photography, sound, editing, marketing, and distribution.

DBM Films was founded by Douglas Maddox in 2004 to develop, produce and release films of the highest quality, starting with The Bill Collector starring Danny Trejo and most recently with Christmas Ranch. Other successes include the City of David, Discoveries of Israel, Duchess of Windsor and Undaunted and Christmas Ranch (Showtime and Netflix).