Driver Sam Mayer Has Signed to Race for JR Motorsports 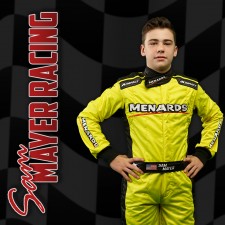 NEW PORT RICHEY, Fla., January 16, 2018 (Newswire.com) - Ranier Racing Development driver Sam Mayer has signed to race for JR Motorsports' championship-winning Late Model program for the 2018 season. The 14-year-old from Franklin, Wisconsin, will take the seat of the team's second entry hoping to continue the run of success the team has had over the past several years that includes back to back championships in 2016 and 2017.

Mayer, son of former Indy Car and road racing star Scott Mayer, will join 2017 CARS Late Model Stock Car Series champion Josh Berry as a teammate for 2018. Mayer, who began racing go-karts at the age of four, ended his first Late Model campaign in 2017 on the strength of three victories and 13 top-10 finishes, including the youngest driver to ever win a Late Model race at historic Greenville Pickens Speedway. Mayer also competed in the prestigious Myrtle Beach 400 that included the top Late Model drivers in the country and brought home an impressive fifth-place finish.

"We're very happy to have a young driver of Sam's caliber join us here at JR Motorsports," said L.W. Miller, director of motorsports at JRM. "He's accomplished a lot in his career already, including against the top Late Model talent in the Southeast, and he definitely has all the qualities we look for on the track and off it."

"It will be a really exciting experience, to know that I'm with a top NASCAR team and a top Late Model team," Mayer said. "I hope to be really competitive and have lots of fun while doing it. I'm confident with the way the team is going to treat me and the car, and excited about seeing what we can do together and what we can accomplish."

Additional plans for Sam in 2018 include Speed-Weeks World Series of Asphalt Stock Car Racing at New Smyrna Speedway, U.S. Legend Car Winter Heat and Summer Shootout from Charlotte Motor Speedway. Mayer, who will turn 15 later this year, will compete in selected races in the ARCA Series presented by MENARDS and the NASCAR K&N Pro Series. 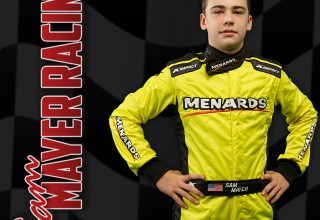 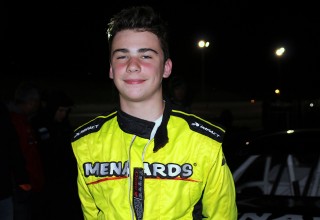