Dr. Venkat Alugubelli Has Been Recognized Among the Top in His Industry by the Expert Network© 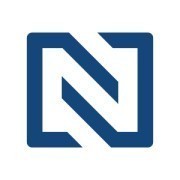 Beverly Hills, FL, April 4, 2016 (Newswire.com) - Dr.Venkat Alugubelli​, Board Certified in Family Medicine and Geriatric Medicine, Beverly Hills Medical Center, has joined The Expert Network, an invitation only service for distinguished professionals. Dr. Alugubelli​​​​ has been chosen as a Distinguished Doctor™ based on peer reviews and ratings, numerous recognitions, and accomplishments achieved throughout his career.

Dr. Alugubelli​​​​ outshines others in his field due to his extensive educational background, numerous awards and recognitions, and career longevity. He received his M.B.B.S. from Osmania Medical School in India before moving to the United States. He completed his residency at Wayne State University in Detroit, MI.

"I decided to become a doctor because I wanted to help the downtrodden in my community."

As a thought-leader in his field, Dr. Alugubelli's career has taken a meteoric rise since immigrating to the United States. While completing a residency at Wayne State University in Detroit, he received the prestigious Darwin J. Belden award for outstanding graduating resident in 1989. He has also had the honor of being named a Fellow of the American Academy of Family Physicians.

Dr. Alugubelli currently practices at the Beverly Hills Medical Center in Beverly Hills, Florida, where he touches the lives of his many patients. Having served as the chief of staff at two hospitals, his expertise and leadership is widely respected. His passion for geriatric care and commitment to his patients has truly made him a leader in his field. He noted:

"I have a passion for communities. I'm well known in the community here because I've been practicing for almost twenty-seven years."