These Eurodance classics came to define the sound of an era, bringing them worldwide acclaim and are still regularly played at events and nightclubs throughout the world.

These legends of the disco scene are returning to the stage to perform several highly anticipated concerts in the U.S. that will feature the vocal talents of original lead singer Liz Mitchell performing alongside her talented band.

Mitchell will revive the iconic tunes that made Boney M. a household name, re-awakening the joyous sounds, glittering outfits and electrifying energy that earned them a massive global following and affixed their name in the pop music pantheon.

Originally formed in Germany by writer and producer Frank Farian, the group broke into the mainstream in 1976 after their debut single ‘Daddy Cool’ hit No. 1 in several European countries. This followed with the release of three massively successful albums: ‘Take the Heat off Me,’ ‘Love for Sale,’ and their biggest-selling album to date, ‘Nightflight to Venus.’ The latter featured several No. 1 singles, including their best-loved song: ‘Rivers of Babylon,’ a massive hit across Europe selling several million copies and becoming one of the most successful singles in U.K. chart history.

In the years since the height of their success, Boney M. has released several massively popular compilation and greatest hits albums, firmly establishing the group as legendary artists that remain relevant today. Melodies from their songs have been used in music from Lady Gaga and Duck Sauce, and their timeless sounds have influenced generations of contemporary artists inspired by the spirit of disco. The group’s popularity extends beyond Europe and across the world: the band has longstanding ties to America, with many of their songs penned by American songwriters. ‘Sunny’ was written by R&B legend Bobby Hebb, and their album ‘Love for Sale’ was titled after a composition for Broadway by composer Cole Porter.

They have also famously covered songs by artists Bob Marley (‘No Woman, No Cry’) and Creedence Clearwater Revival (‘Have You Ever Seen the Rain?’). The band has a strong following in Russia, India and North America, receiving double Platinum certification in Canada for their 80s Christmas album. Their Canadian tour in December 2018 attracted unprecedented attention, with advance tickets selling out in under 30 minutes prompting the addition of extra dates due to demand. There is little doubt that their triumphant return to the U.S. will be met with similar levels of enthusiasm by their devoted fanbase. For any that think that Boney M.’s glory days are behind them, think again: this is one disco ball that will never stop spinning.

PRESS CONTACT: For credentials, media, interview, and other materials, please contact the official marketing agency of the tour: pr@deneeze.com 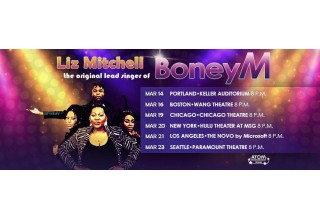 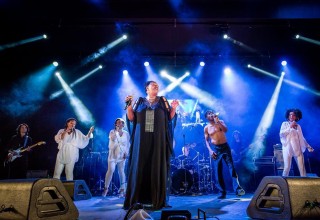 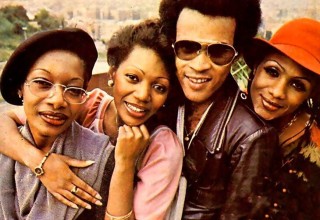