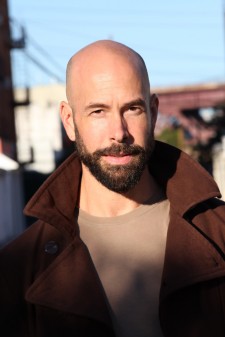 McCollum will play Carl Von Cosel, the real-life hero of this zany romantic comedy based on true events that rocked Key West in the 1930s. After nearly four decades of searching for the dream girl of his boyhood visions, Carl finds his beloved Elena on the tiny island, only to lose the young beauty to the fatal disease of tuberculosis. But for Carl, the eternal optimist, death is only the beginning.  Haunted by Elena's spirit (and seemingly at her request), Carl takes her body from the graveyard and brings her home - where they live undetected for seven years. And where Carl embarks on the most ambitious fixer upper project in history!

The musical is written by Jill Santoriello (Broadway's "A Tale of Two Cities"), Jason Huza and Jeremiah James and is planning a full production in 2018.

The show previously had a 29-hour Industry reading at the Davenport Theatre starring Courtney Reed and James Moye from Broadway's "Aladdin”.

"It Happened in Key West” will be directed by Fulton’s own multi-award-winning Artistic Director, Marc Robin. Kevin David Thomas will serve as musical director.

The show is Produced by Outside the Box Entertainment LLC.

There will be 4 performances open to the public, and all tickets are FREE but require making reservations online, or calling the FULTON Box Office!

There will also be talkbacks after each performance with the creatives and cast members.

So come laugh, cry and be uplifted by this unforgettable true story that will make you believe in undying love!

To get your FREE Tickets go to:

Source: Outside the Box Entertainment

NJ Independent Pro-Wrestling Promoter Teams Up With West End/Off-Broadway Producer for Pro-Wrestling Rock Musical 'The Last Match'
"The Last Match", a fully immersive pro-wrestling rock musical, will launch as a concert presentation in the spring of 2022 with the hope of launching a national tour in 2023.
"It Happened in Key West" The Musical - Dec 6, 2021