David S. Pollack Has Been Recognized Among the Top in His Industry by Noticed©

BROOKLYN, N.Y., February 27, 2018 (Newswire.com) - David S. Pollack, Attorney at Law, has joined Noticed©, an invitation-only service for distinguished professionals. Pollack has been chosen as a Distinguished Lawyer™ based on peer reviews and ratings, dozens of recognitions, and accomplishments achieved throughout his career.

Jury trials are time-consuming and expensive. Some litigants believe that ADR may offer an earlier resolution without the risk that attends a jury trial.

With nearly 40 years dedicated to law, Pollack brings a wealth of knowledge to his industry, and, in particular, to his area of specialization, medical malpractice law. When asked why he decided to pursue a career in law, Pollack said:

"My father passed away after I graduated from college and I found myself helping my mother run his business. He had been a painting contractor and I knew I didn’t want to spend my life in that business, so I started looking at other options. Given my qualifications and personality, law school seemed like a good fit. I applied and was admitted to New York Law School, and was fortunate enough to work as a law clerk for a prominent medical malpractice firm before graduation."

As a thought-leader in his field, Pollack has lectured on and published about medical malpractice topics such as evidence gathering and cross-examination. His position of influence necessitates that he maintain a keen awareness of developments in his field. He notes the rise of Alternative Dispute Resolution in the recent past:

"Jury trials are time-consuming and expensive. Some litigants believe that ADR may offer an earlier resolution without the risk that attends a jury trial."

Noticed© has written this news release with approval and/or contributions from David S. Pollack. Noticed is an invitation-only reputation management service that is dedicated to helping professionals stand out, network, and gain a competitive edge. Noticed selects a limited number of professionals based on their individual recognitions and history of personal excellence. 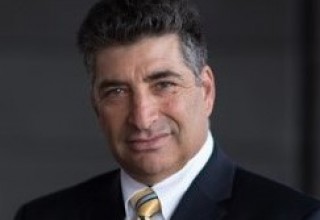