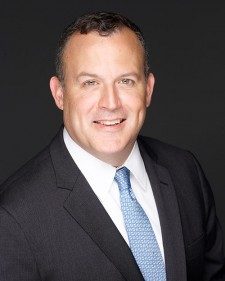 WASHINGTON, D.C., July 27, 2017 (Newswire.com) - Howard University President Dr. Wayne A. I. Frederick announced the appointment of David P. Bennett as Vice President of Development and Alumni Relations (DAR). In this Cabinet position, Bennett will collaborate with stakeholders across the University to build a best-in-class development program, strengthen charitable giving, increase revenue generation, and enhance alumni engagement. Bennett will assume the position on Aug. 7 and report directly to the president.

"David Bennett is a proven leader with a wealth of experience in fundraising, donor outreach, advancement and philanthropic partnerships," said President Frederick. "We are excited to welcome him and look forward to working with him on the University's fundraising goals. His efforts will be key to advancing the transformative vision we are driving toward, which includes providing a world class education for students who wouldn't otherwise have the opportunity, enhancing the faculty experience and growing our research footprint while modernizing campus buildings."

Bennett most recently led all philanthropic programs globally for one of the world's largest nonprofit organizations, the National Geographic Society. Serving as Chief Development Officer, his responsibilities included managing a portfolio of trustees and high net-worth donors and prospects, overseeing all international fundraising efforts and providing direction for several key areas including principal and major gifts, planned giving, annual giving, and stewardship. Prior to joining National Geographic, Bennett was chief advancement officer of Safe Kids Worldwide, an international injury prevention organization. In this role, he was responsible for the fundraising, communications and public policy functions of an organization with over 350 affiliates in the United States and operations in 17 other countries.

As Vice President of DAR, Bennett's key responsibilities will involve leading all aspects of the University's fund development efforts, including budget and program administration, board recruitment and strategic philanthropic initiatives.

"Philanthropy is key to continuing to grow the University's ability to meet its mission. Financial aid, faculty support, and modern facilities are all critical to making Howard's world-class education available to all, and its impact broadly felt," says Bennett. "All of us working together can propel Howard University to even greater heights."

A Washington, D.C. resident, Bennett is actively involved in community service. He is Vice Chairman and a member of the board of St. John's Community Services, a nonprofit that serves children and adults with developmental disabilities in six states, and he is a past Chairman of the board of Capital City Public Charter School, an award-winning institution in the District of Columbia that serves children from kindergarten through 12th grade. Bennett is a graduate of the University of Virginia. For media inquiries email Brittany Bell Surratt at brittany.bell@howard.edu.

Founded in 1867, Howard University is a private, research university that is comprised of 13 schools and colleges. Students pursue studies in more than 120 areas leading to undergraduate, graduate and professional degrees. The University has produced four Rhodes Scholars, 10 Truman Scholars, two Marshall Scholars, over 80 Fulbright recipients, 22 Pickering Fellows and one Schwarzman Scholar. Howard also produces more on-campus African-American Ph.D. recipients than any other university in the United States. For more information on Howard University, call 202-238-2330, or visit the University's website at www.howard.edu.