David A. Moreno Jr. Has Been Recognized Among the Top in His Industry by Noticed©

PLAINFIELD, N.J., April 30, 2018 (Newswire.com) - David A. Moreno Jr., criminal defense attorney, Spar Bernstein Law Offices, has joined Noticed©, an invitation-only service for distinguished professionals. Moreno has been chosen as a Distinguished Lawyer™ based on peer reviews and ratings, dozens of recognitions, and accomplishments achieved throughout his career.

Right now, I am paying close attention to judicial decisions on the constitutionality of searches and stops. These decisions are highly relevant to many of the criminal cases I take, and remaining up-to-date on them allows me to provide my clients with the best possible service.

After completing his law degree, Moreno began his career with the Manhattan District Attorney’s office — the most prestigious in the country — as an assistant district attorney. There, he served in the highly regarded Trial Bureau 50, which has sent many lawyers on to distinguished careers, including Supreme Court Justice Sonia Sotomayor, the late Robert F. Kennedy, and John Kennedy Jr. Moreno began practicing with Spar & Bernstein Law Offices in 2015.

Named “Top 10 Under 40” by the National Academy of Criminal Defense Attorneys, Moreno brings a wealth of knowledge to his industry, and, in particular, to his area of specialization: criminal defense. When asked why he decided to pursue a career in law, Moreno said:

"Growing up in New York, I saw that there was a lot of systemic discrimination. My mother was a lawyer and becoming a criminal defense attorney felt like a natural progression in my life. In my profession, I can help individuals while also upholding the integrity of the system."

As a prosecutor, Moreno has already tried more than 15 cases to verdict, obtaining a conviction in all but one. Since joining his current firm, he has cultivated an equally formidable reputation as a criminal defense trial lawyer, having tried cases ranging from attempted murder, identity theft, assault, robbery and sexual abuse to fraud, larceny, weapons possession, DWI, cyber crimes and narcotics. Moreno’s work in these areas has earned him a spot among the “Top 100 Trial Lawyers” from The National Trial Lawyers as well as recognition from Super Lawyers® who named him to their list of "Rising Stars" in 2018.

As a thought leader in his field, Moreno keeps his finger on the pulse of prevailing trends and changes in criminal law. In particular, he is currently paying close attention to the fate of New York City’s infamous “stop-and-frisk” police program. He noted:

"Right now, I am paying close attention to judicial decisions on the constitutionality of searches and stops. These decisions are highly relevant to many of the criminal cases I take, and remaining up-to-date on them allows me to provide my clients with the best possible service."

Noticed© has written this news release with approval and/or contributions from David A. Moreno Jr. Noticed is an invitation-only reputation management service that is dedicated to helping professionals stand out, network and gain a competitive edge. Noticed selects a limited number of professionals based on their individual recognitions and history of personal excellence. 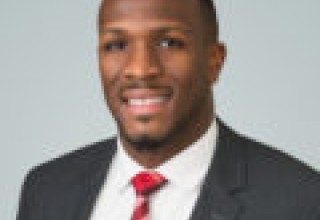