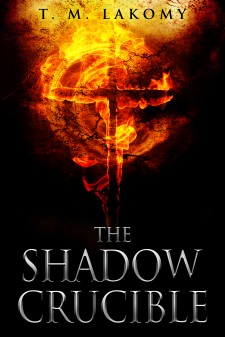 New York, New York, November 15, 2017 (Newswire.com) - ​Since its publication in April 2017, The Shadow Crucible (SelectBooks, Inc. 978-1-59079-414-2) has demonstrated a multifaceted appeal to readers on both sides of the Atlantic. The Shadow Crucible delivers its quota of severe graphic content, as one might expect from many offerings of the “dark fantasy” genre, but this novel runs much deeper than escapist entertainment. It is as a work of social commentary that this book distinguishes itself, and it does so on a variety of levels. Tamara (T.M.) Lakomy devised her novel with a purpose in mind because in her own life she had experienced too much of the worst examples of human suffering and inequality not to speak out.

Tamara Lakomy was born in London, but most of her childhood was spent in northern Tunisia. During her youth in Tunisia, she witnessed and endured some of the worst political and social oppression known to this planet. She saw first-hand the cruel disparities between impoverished indigenous groups and the wealth and privilege of the fortunate. When she was young her parents divorced, and Tamara divided her time between her mother, who was an educated woman of European and Jewish descent and maintained a home in the well-to-do suburbs, and her street-wise father, a North African Berber forced to live in the slums.

Lakomy uses an array of deities including God, Lucifer, angels, demons, and various pagan gods as players in an unfolding drama about the fate of mankind. Instead of delivering a clear definition of good or evil, Lakomy presents a world where all religions are corrupt and the characters are all, at best, ethically conflicted.

Her father wanted to turn her against her mother’s beliefs and assumed the role of indoctrinating Tamara with fundamentalist Islamic values.  Since he did not believe a girl needed a higher education, he did his best to impress upon her the virtues of marrying as a very young woman and becoming a good wife. But she had a strong desire to help herself and found the courage to resist her father’s plans, knowing full well the prospects for an uneducated woman in Tunisia were limited to being a housewife, a servant, or a prostitute.

Coming from an individual who has witnessed all varieties of religious excess and religious persecution, it is apt that the major organized religions are subject to harsh criticism in The Shadow Crucible. Lakomy uses an array of deities including God, Lucifer, angels, demons, and various pagan gods as players in an unfolding drama about the fate of mankind. Instead of delivering a clear definition of good or evil, Lakomy presents a world where all religions are corrupt and the characters are all, at best, ethically conflicted. The religious forces provide a larger metaphor for the concentration and abuse of power wherever it may be collected. Religion can be criticized for permitting poverty and despair to run rampant in many areas, but it does so in the name of political power. Her images remind us that the status quo of inequality and dependency of  “third world” countries is usually convenient for the “modern industrialized world” and the norms are reinforced by powerful financial and military institutions.

Lakomy’s life story is full of encounters with people making tragic decisions as a result of ignorance, desperation, or simply a lack of better choices. As a young woman of mixed European, Jewish, and Berber descent, she herself was subject to numerous challenges as she made her way through an education system which taught radical Islam as a norm. Meanwhile, she also made observations about the people who had money and privilege: “Whenever I stayed with my mother, I saw how affluence and riches made one immune to the law and justice. She lived next door to a powerful political family; the disparity was shocking and marked me deeply.”

Another of her key concerns is the plight of women and children, especially in very poor nations. The Shadow Crucible makes incisive observations about these aspects of the human condition, and although the narrative takes place in medieval England, the message of this allegory very much applies to modern times. Lakomy did witness a great deal mistreatment of women and children, and these important episodes in her family history evoke this theme.

Tamara Lakomy’s grandmother was deported from Poland at the start of World War II, and she gave birth to Lakomy’s mother in a labor camp near Hanover in 1944, and she was then circulated through several UN managed refugee camps at the end of the war. Conditions were very severe and often extremely dangerous for a young girl. At some point, the Polish Countess Zofia Arciszewska, in an act of supreme charity and compassion, took it upon herself to care for hundreds of these orphaned children, including Lakomy’s mother. The countess organized balls to raise funds for their food and education, and sent them across the estates to be taken in by the rich and affluent. This appears to have been enough to set the young girl on track to realizing a life filled with hope and direction, as opposed to many of her peers who did not even escape the refugee camps with their lives.

The character Estella from The Shadow Crucible, with her house filled with orphan children, is clearly modeled on the benevolent Countess Arciszewska. This powerful and thoroughly empowered female character is the lynchpin to the novel’s narrative and the redeeming force for her love interest and foil, Count Mikhail.

The Shadow Crucible is also a voyage into the little known realms of Gnosticism and the esoteric. While it blends many elements of ancient religions, Lakomy seeks to tackle the theme of blind dogma and the salient golden thread connecting all religions together, inviting the reader to examine the roots of their beliefs, as Christianity and paganism clash in a macabre foray into the world of Dark Fantasy.  The characters challenge our perceptions of reality and ask us “to see their world for what it is . . . a system made and wrought of iron and stone that projects itself as the true one light.”

In addition to her writing, Lakomy is cofounder of a foundation that provides the collaborative framework to protect and provide the leading solutions for the education of refugee children and attainment of women’s rights. Her humanitarian work began in East Africa, advising foreign governments and indigenous leaders on women’s rights and education.

TAMARA LAKOMY is an archaeologist specializing in the occult, shamanistic practices of indigenous people. She runs a foundation operating in East Africa that specializes in the cultural preservation of indigenous tribes and women’s rights and education, and she also advises East African governments. Additionally, she is a cofounder and pioneer of Blueprints.org, a global think tank providing sustainable solutions to challenged regions. Lakomy is a priestess in training, having embraced the faith of the Mother Goddess, and is a great animal lover, saving stray and neglected animals in her native country since she was young. She is of Berber (Amazigh) and Slavic descent. 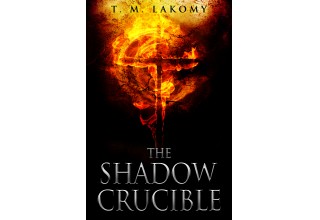 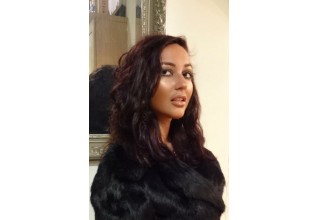 SelectBooks is an independent book publisher based in New York City.

The Sacred Revival: Re-Defining What It Means to Be Human in New Philosophy Title
SelectBooks, Inc. - Nov 15, 2017