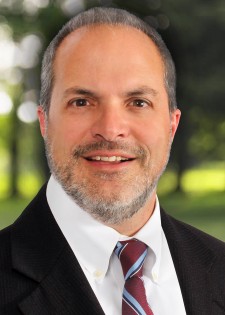 “Dan, with his vast experience of leading innovative technology companies on a national level, is perfectly suited to take Novatech to the next stage in its growth. We congratulate Darren on his success and reaching this important milestone in his career,” said Jorge Gross, Partner at Trivest Partners.

Cooper joined Xerox’s Global Imaging Systems (GIS) subsidiary, Electronic Systems (ESI), in 1999 and was appointed to the position of President in 2000. Under his leadership, ESI, an early pioneer in providing managed IT services, grew to into a dynamic company and one of the largest within the GIS portfolio. In 2005, Cooper was promoted to the HQ of GIS, where he was responsible for overseeing the operation of companies across the U.S. He retired from GIS as President in August 2018. Prior to joining ESI, he spent 10 years with Danka Industries, where he served as a regional general manager.

“I want to honor the culture of bold entrepreneurism that has led Novatech since its founding. Darren Metz did an incredible job in growing this enterprise and achieving great success with customers in the marketplace. I am looking forward to continuing to build on this foundation and leading this organization into the future,” Cooper stated.

Empowered by the capital support of private equity firm Trivest Partners, Novatech will continue its aggressive expansion plan across the United States to become a national leader of Managed IT and Print Services.

As the integration between software, solutions, equipment and networks into the managed office ecosystem continues, Cooper brings a vision and background to Novatech which will propel further expansion of its footprint. “Companies that stop listening to their customers and their employees are the ones who falter. By listening to these key voices, we can provide incredible experiences for our customers, going above and beyond in customer satisfaction. I’m ready to get to work on the next exciting chapter here at Novatech and take the company’s IT and managed office services throughout the US.”

Novatech is an award-winning, Managed IT and Print Services provider offering on-site and remote support of network infrastructure and peripherals. Founded in 1998, Novatech has been recognized 12 times by Inc Magazine for being one of the fastest-growing companies in the United States. For more information, visit Novatech.net. Follow @novatechnet on social media for all the latest news.

Novatech is an award-winning, Managed IT and Print Services provider offering on-site and remote support of network infrastructure. Novatech has been recognized a 12 times by Inc Magazine for being one of the fastest-growing companies in the US.

Darren Metz Guides Novatech in Acquisition of Consolidated Copier Services
Atlanta-based dealership is the fifth acquisition for Novatech in the past two years
Novatech, Inc. - Jan 8, 2019