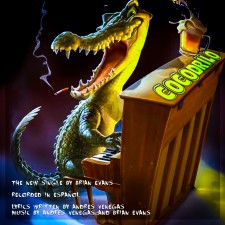 CANCUN, Mexico, October 19, 2018 (Newswire.com) - Brian Evans, who Grammy Magazine has called one of the top five crooners of this generation, will record the first Spanish sung song of his career.

With lyrics by Andres Venegas and music by both Evans and Venegas, the song will be produced by Grammy Award winning producer Gary Anderson.

Andres and I saw these crocodile signs everywhere in Cancun, and we decided it would be a fun project to write and record a song in Spanish, my first recording of this type in my career.

Brian Evans, Singer/Author and 2018 Nominee for US Congress

Originally from Massachusetts, Evans is known for classics such as "At Fenway," which has garnered nearly 12 million views on YouTube. He remains the only singer ever to film a music video at The Bates Motel, the filming location for the Alfred Hitchcock thriller, "Psycho," which was approved by Hitchcock's estate. He recently recorded "It's A Beautiful Game," co-written by Jesse Stenger, a routine collaborator with Evans. The soccer song, being distributed to all UEFA and FIFA soccer teams, as well as stadiums around the globe, is the first English soccer song ever to be recorded in the crooner genre, also known as big band music. Combined, Evans has more than 30 million views on YouTube, and his music is heard on the Netflix show "BoJack Horseman," among dozens of others.

Evans, who just happens to also be the nominee for the US Congress is the state of Hawaii, where he lives, spent several weeks in Mexico when the idea for the song materialized between himself and Venegas.

"Andres and I saw these crocodile signs everywhere in Cancun, and we decided it would be a fun project to write and record a song in Spanish, my first recording of this type in my career," says Evans.

The song, "Cocodrilo," (Spanish for Crocodile), will be recorded in Las Vegas and Cancun, Mexico. It will be produced by Gary Anderson as well.

Evans, also an author, is completing the third of his "Horrorscope" trilogy. He has been in discussions with Netflix about the project. "It's hard to go further until I finish the third book in the trilogy, because everybody wants to know how it ends. Even I do," says Evans. Jesse Stenger and Andrew Biltz are co-writing the final book. His other fictional novels include "Savannah," co-written by Theodore Hamby, and "The Funny Robbers," which he wrote with Carrot Top manager Dan O'Leary as a vehicle for the comedian.

A music video for "It's A Beautiful Game" will be filmed in 2019, and Evans is now in pre-productions for the music video "Croonerman," which is an original big band song written by his mother. Venegas will be one of the co-producers of the music video, along with Stenger.

Andres Venegas, who is from Colombia, began working with Evans several months ago.

"We are going to have a fascinating year," says Evans. "To be recording my first Spanish sung song is going to be a lot of fun, and Andres will be there in the studio with me to make sure I sing it correctly," he laughs.

The song will be recorded and released in November. Evans will attend the MIDEM music conference in June, 2019 as well as perform during the festival held in Cannes, France.

Evans will appear on the show "The Price Of Fame," on Dec. 15, 2018, on REELZ TV discussing actress Angelina Jolie.

He will be a guest on Hawaii News Now on Monday morning at 7:00 a.m. to discuss his nomination for the US Congress in that state. His Halloween song, "Creature," which was the subject of the music video at The Bates Motel, received more than 26 million views on SnapChat last Halloween. Evans was added to The National Baseball Hall of Fame Library for his work on the music video "At Fenway," which was produced by Narada Michael Walden.

For more information contact Andrew Biltz at (808) 276-1151 or via email at belasvegas@yahoo.com. 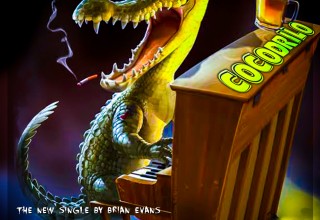 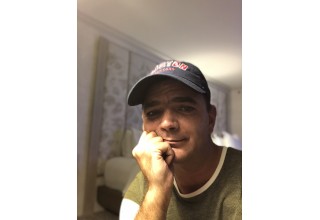 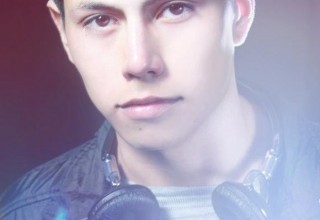 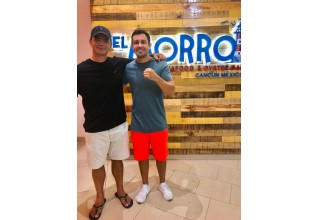