The singer and actress are portrayed in an episode of the networks "Price of Fame," show, directed by Brad Osborne.

HOLLYWOOD, Calif., December 10, 2018 (Newswire.com) - ​​​​​​​​​​​​It was in 1989 that Brian Evans, the singer known for classic thematic songs such as “At Fenway,” (which features actor William Shatner) and “Creature at The Bates Motel,” (he is the only singer ever to film a music video there, approved by the Alfred Hitchcock Estate), met actress Angelina Jolie. Now, in February, the crooner who has amassed millions of views on YouTube for songs such as “Witchcraft,” and “Everything Happens To Me,” is featured in a Reelz Channel TV series entitled “Price of Fame.” He is portrayed by actor Ben Richardson. TimTone Productions, LLC has entered into an agreement with Evans to develop a project "of significant magnitude" about the singer and his life story. "This guys story is unbelievable, and when people really see it, they just won't believe it,¨ says Anthony Miranda of TimTone Productions. Miranda has worked with Madonna, Neil Diamond, Johnny Mathis, and Hilary Duff.

“Apparently Ben is better at portraying me than me,” jokes Evans. “What’s even stranger is, it won’t be the only time this occurs,” though Evans can't elaborate on the next project.

It's time for me to do what I do again.

His song “At Fenway” was added to the National Baseball Hall Of Fame Library in 2013. He recently recorded “The Beautiful Game,” which is the only English big band song ever to be recorded about soccer and will be distributed to soccer teams throughout the world via FIFA and UEFA in 2019.

The new album will feature his first ever Spanish sung songs, songs written by Andres Venegas who helms from Colombia, and who resides in Argentina. Evans will record both an English and Spanish album, though the Spanish album will only be released in Latin America.

He is writing an autobiography, which will detail his life and encounters with show business luminaries such as Frank Sinatra and Milton Berle. Six U.S. Presidents have honored Evans’ work throughout his career.

“It’s time for me to do what I do again,” he says, who lost his mother, Helen Bousquet, following what was supposed to be a routine knee surgery in 2012. "Brian lost it during that time," says friend Andrew Biltz. This album, which will be produced by both Gary Anderson and Narada Michael Walden, known for his chart-topping hits as the producer for Whitney Houston, George Michael, Aretha Franklin, Sting, and Mariah Carey, will be released in 2019. The Spanish album, which is a separate CD written mostly by the young songwriter Andres Venegas, will be released solely in Latin America as a follow up to the exposure “The Beautiful Game” will generate from soccer fans.

“For whatever reason, perhaps my own mistakes through life, my opportunities have become more as I get older. This genre of music lends itself to that. Nobody believes you when you’re singing “My Way,” At 21. They believe me now,” he says.

Evans will attend and perform at Midem in Cannes, France in June, accompanied by Andres Venegas and Jesse Stenger. Stenger co-wrote “The Beautiful Game.” Midem is the largest music convention in the world, held once a year. Product is licensed at the convention for numerous countries throughout the world.

“Everything in your refrigerator I’ve either said or sung,” he says. Evans music is heard on worldwide TV shows such as “So You Think You Can Dance,” “Drop Dead Diva,” and “BoJack Horseman.” Evans headlined in Las Vegas for years, receiving a Proclamation for his “Live at The Desert Inn” CD, the only one ever to be recorded in the venue’s history, once the mainstay of Sinatra.

Evans was born in Haverhill, Massachusetts.

He has sung the national anthem at 51 Major League Baseball, basketball, and hockey games. “The goal was fifty, but when I screwed it up during a Lakers game, I had to return to get it right.”

Evans is also the creator of “Creature,” for which a pilot episode is currently being produced as a potential show for Netflix or Hulu. “Horrorscope” is also in discussions as a TV series.

“I have to finish the third book, I’m told. Can’t have a show without an ending,” he says. “This final book has been the hardest to write of the series.”

The Reelz TV special will detail their brief relationship. Evans met the actress through her father, actor Jon Voight.

“She is the most beautiful human being I had ever seen, but those were my train wreck days. Regardless, it was an honor to know I am a figure in one of her chapters in life, and of my own. As brief as it was, it’s not something you can forget.”

Evans is going to perform a series of concerts in support of the album, writing most of it in Las Vegas and Florida.

37 million people watched his Halloween classic “Creature at The Bates Motel” on Halloween through SnapChat. Evans and Carrot Top were given citations by the mayor of Los Angeles for being the first to film a music video there when it was released.

The Reelz Channel show, “Price Of Fame,” will air in February. It is simply titled, “Angelina Jolie.”

“It’s all it needed to be named. She is this world’s modern day Princess Diana,” Evans concludes. “Who else comes close?”

"Brian is a late bloomer, but I think certain moments that are about to occur for him are long overdue, and it´s all about timing in this business. His time is coming, as it did for Frank Sinatra as he became more seasoned by life experiences," says Miranda. "Brian learned the hard way, believe me. Nothing about his breaks were lucky, and like Sinatra, he has lived it." 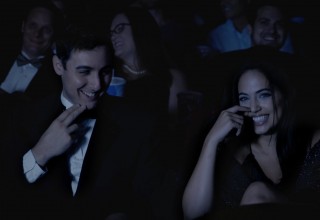 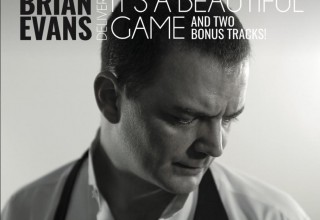 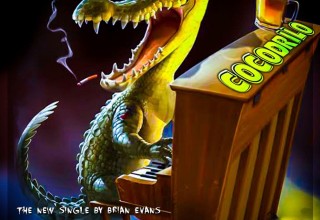 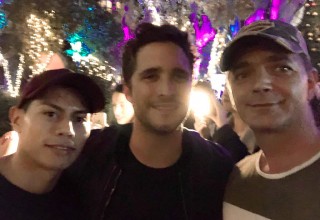