A sign of the times. Return Of Enki by Donny Arcade makes four Billboard Charts on its release! The album features amazing production and intense lyrics that leave the fans wanting more. The best is yet to come from Donny Arcade and Pantheon Elite Records. 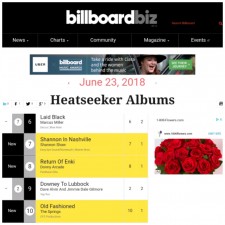 ATLANTA, June 19, 2018 (Newswire.com) - Just two years ago, Donny Arcade signed with Pantheon Elite Records, a small, independent record label founded by Billy Carson also known as 4biddenknowledge. The two would partner and collaborate on dozens of songs. The first album entitled “We Are Not Alone” was released May of 2016 and since then the releases have flowed like water as the fan base has grown significantly. Donny Arcade followed up the first album with several hot singles that went viral on social media, then eventually making the DRT Independent Charts.

DRT Top 200-150 Independent Charts: “False Flaggin” and “Carpe Diem” both charted for eight weeks on digital radio, followed up by the single “Wall featuring Laura Vivas of NBC’s The Voice and Kenny Nieves of Remix Band, which charted for 5 weeks on digital radio. These early accomplishments were a sign of things to come. The overall budget for these releases was only a couple hundred dollars and organic social media marketing.

At first listen, many people are not even aware that they are being given wisdom teachings while they bob their heads to fly the beats. That's the success of Donny Arcade and Pantheon Elite Records.

Prior to releasing Return of Enki, Pantheon released “Go See The World (Prequel To Enki)” by Donny Arcade. The fans were hungry for the much promised Enki album for over a year, but it was not finalized yet. The “Go See The World” album settled them down and gave them some fresh content to digest until Enki returned. “Go See The World” included a barrage of great features from amazing artists such as, 4biddenknowledge, CrewZ, Jackson Turner, Richard Vagner, Daluna Kraemer, Londrell, Elijah Ray, Mia X, Rich Rocka, DJ Taz, K Kutta, Kilo Ali, Nino Brown, Nappy Scales of Nappy Roots, Eli Jas, and Skyy.

After a long wait and almost 300 completed unreleased songs later. The daunting task for Donny Arcade and Pantheon Elite was to find the right 16 songs to place on the album. Hard cuts were made and the tracks were selected. Obviously, a recipe for success was the end result. The album has features from artists, 4biddenknowledge, CrewZ, Jackson Turner, Kay Cola and Irma Gloria. Prior to Billboard Charting, Both Summer Madness ft Kay Cola and No Surrender ft 4biddenknowledge, CrewZ, Jackson Turner and Irma Gloria hit the DRT Top 150 Independent Charts. Charting available on DigitalRadioTracker.com

The marketing strategy consists of heavy social media marketing to the almost 3 million follower base between Donny Arcade and 4biddenknowledge social accounts. Hard worked paid off as the Billboard results are official.

Donny Arcade's smooth cadence consists of bars laced with ancient wisdom, esoteric knowledge, current events and extraterrestrials. All done to very well produced, modern trap beats that keep the party jumping. At first listen, many people are not even aware that they are being given wisdom teachings while they bob their heads to fly the beats. That’s the success of Donny Arcade and Pantheon Elite Records. 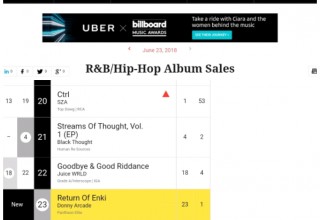 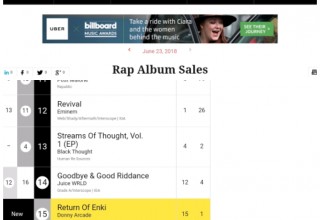 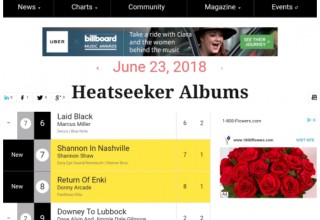 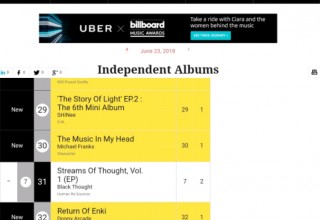 Billy Carson AKA 4biddenknowledge Signs Offer Sheet to Become an Ambassador at Gaia Formerly Gaiam TV
"Gaia is tapping into two very powerful shifts in the way society interacts with businesses. The trend toward subscription-based services isn't going away, and we strongly believe that the next shift is going to be toward a transformation economy," said Brad Warkins, Gaia president. "More people are consuming conscious media than ever before and we're all consuming our media differently than even just five years ago. Billy Carson and his 4biddenknowledge is now in the fold.
Pantheon Elite Records LLC - Jun 22, 2016