SINGAPORE, November 14, 2018 (Newswire.com) - Coinchase, based in Singapore, is the world’s leading blockchain crowdfunding platform. This innovative company is about to launch No-Fee C2C (Consumer-to-Consumer) Trading, the only cryptocurrency crowdfunder to offer this consumer-friendly feature.

Coinchase's goal is to let users reach a consensus with high-quality blockchain projects. Consensus is the core spirit of the token ecosystem. The introduction of C2C Trading will greatly enhance the tokens’ liquidity, thus attracting more people to join the ecosystem. Expanding the project's consensus will ultimately lead to an increase in the value of the project’s tokens.

Coinchase C2C Trading will greatly reduce the risk of users’ loss. After participating in a project’s crowdfunding, users need not waste time waiting for it to go to the exchange. They can trade at any time. From the project’s perspective, it will greatly enhance the liquidity of the token. After Coinchase crowdfunds a project, the project’s tokens can be traded freely, so that the project can reach more users, which will upgrade the token’s value.

In response to the cryptocurrency bear markets that may cause user losses, Coinchase has always stood for the user's point of view. It insists on only high-quality, thoroughly researched projects after strict due diligence.

Notably, Coinchase has announced Break and Return Insurance© for users who participate in crowdfunding of its projects. If the average price of a project's token falls below the crowdfunding price in the first 48 hours of its first listing on the exchange, users can choose to notify Coinchase for 100% restitution of their investment.

Coinchase believes that the value of high-quality Blockchain projects will gradually increase with the constant flow of new supporters. Thus, Break and Return Insurance© is a means of ensuring one’s investment.

What truly encourages user support, though, are the projects themselves. Coinchase’s goal is to connect project initiators (core members) with supporters (early buyers). It is the Kickstarter for cryptocurrency. 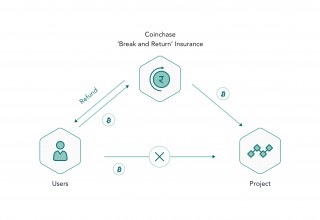 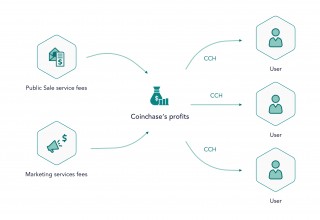 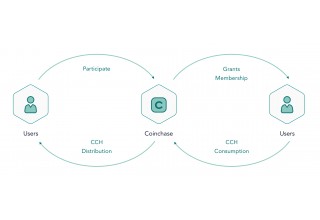 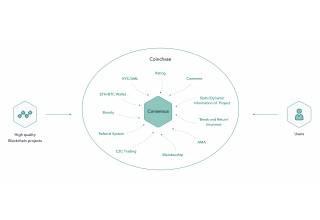