Clark H. Henderson Has Been Recognized Among the Top in His Industry by Noticed©

FORT WALTON BEACH, Fla., May 23, 2018 (Newswire.com) - Clark H. Henderson, Partner, Oberliesen & Henderson, has joined Noticed©, an invitation-only service for distinguished professionals. Henderson has been chosen as a Distinguished Lawyer™ based on peer reviews and ratings, dozens of recognitions, and accomplishments achieved throughout his career.

Henderson outshines others in his field due to his extensive educational background, numerous awards and recognitions, and industry-leading client service. He earned his Juris Doctor from Samford University, Cumberland Law School in 2011. During law school, he interned at the U.S. Equal Employment Opportunity Commission and for the Honorable Laura Petro, 10th Judicial Circuit, Criminal Division. Henderson co-founded Oberliesen & Henderson in 2017.

We have some of the largest military bases in Fort Walton Beach, meaning that we see a large number of service members and spouses. Over the years, I have handled many cases in the unique and complex area of military divorces, including the division of property, assets, and retirement benefits.

Recognized among the Ten Best in Client Satisfaction by the American Institute of Family Law Attorneys™ and the Top Forty Under Forty by the American Society of Legal Advocates, Henderson brings a wealth of knowledge to his industry, and, in particular, to his area of specialization, family law. When asked why he decided to pursue a career in law, Henderson said:

"Growing up there was an attorney who practiced across the street from my grandfather’s pharmacy. I used to go over there all the time to hang out with him and listen to his stories, so he became a mentor of mine. He was the one who influenced me to pursue law."

Henderson has been providing effective, compassionate, and zealous representation in divorce, child custody, and paternity actions since 2011. Today, he is renowned for his skillful and personalized client service. Understanding the emotional difficulties associated with family issues, he strives to provide compassionate, comprehensive representation in everything from divorce and child support to property division. Whenever possible, he seeks negotiation settlements that keep peaceful relationships intact. However, should a trial be necessary, Henderson is an aggressive litigator, adept at advocating for his clients in a courtroom.

As an attorney in Fort Walton Beach where there is a strong military presence, Henderson is privy to trends in military marriages. Commenting on the particularly high divorce rate among service members, he noted that his firm sees an above average number of military clients:

"We have some of the largest military bases in Fort Walton Beach, meaning that we see a large number of service members and spouses. Over the years, I have handled many cases in the unique and complex area of military divorces, including the division of property, assets, and retirement benefits."

Still in the early stages of his career, Henderson envisions a bright future ahead. Moving forward, he plans to continue building his practice and service his clients to the best of his ability.

Noticed© has written this news release with approval and/or contributions from Clark H. Henderson. Noticed is an invitation-only reputation management service that is dedicated to helping professionals stand out, network, and gain a competitive edge. Noticed selects a limited number of professionals based on their individual recognitions and history of personal excellence. 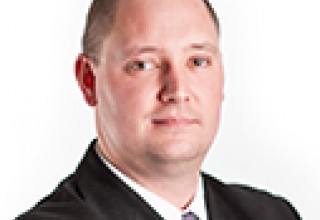