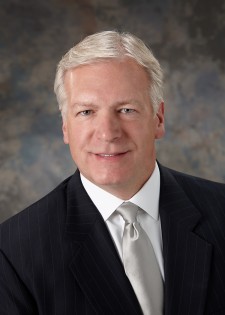 As the recently-elected president of the Nebraska Association of Trial Attorneys (NATA), Dan Thayer is committed not only to defending the position and practice of trial law in the face of such tumult but to positioning his organization - and its leadership – as the foremost advocate for jury system preservation.

“Our civil justice system is not exempt from the pressure of change being demanded in this era,” says Thayer, a Grand Island attorney for more than 25 years. “Who will lead that effort? NATA’s theme during my tenure will be ‘If not us, then who?’”

Having officially assumed his new role last September, Thayer looks to take a proactive approach when it comes to protecting and maintaining the jury trial system – one that doesn’t just aim to improve trial practice for Nebraska trial attorneys, but which also protects the Constitutional right of all Nebraskans to a fair jury trial.

“Trial lawyers are in the courtroom every day,” says Thayer. “If we are not at the forefront to address new proposals, both good and bad, then basic rights of Americans, such as the Constitution’s 7th Amendment right to a jury trial, will be forever lost.”

NATA has long served as a resource of continuing legal education for trial attorneys throughout the state – as well as an advocate during the legislative process as it applies to the civil trial system in the state of Nebraska. NATA offers open membership to all lawyers and law students across the state.

As president, Dan Thayer shares in the Association’s mission, which involves “the improvement of the trial practice, the preservation of the justice system, and the protection of the constitutional right of trial by jury.”

Thayer has been a member of the NATA Board of Directors since 1997. He was responsible for making two presentations at recent NATA Seminars (“Representation of a Deceased Foreign Worker” in 2015, and “The Art of the Legal Comeback in 2016). Thayer has practiced law at Thayer & Thayer, PC, LLO, since 2004 and a member of the Grand Island legal community since 1990.

Thayer received his Juris Doctorate at the Nebraska College of Law in 1990.

About: Dan Thayer was confirmed as 2018-2019 NATA President at the annual Board of Directors meeting in September 2018.

Turbo Talk Live Presents Roundtable on Racism in America With Star Athletes Renee Montgomery, Quandre Diggs and Ashley Spencer, and Members of Law Enforcement
On the latest Turbo Talk Livestream, Robert Turbin and Bridget Case hosted a lively but critical discussion on racism and how to tackle it on all fronts.
Internetreputation.com - Jul 2, 2020
Turbo Talk Live Presents an Open Conversation With Robert Turbin and Ken Griffey Jr. About Baseball, Social Justice, and Current Events
Internetreputation.com - Jun 25, 2020