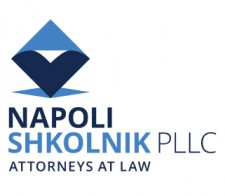 New York, New York, July 5, 2017 (Newswire.com) - The City of Lorain, Ohio has become the latest Napoli Shkolnik client to file a lawsuit against the major opioid pain medication manufacturers and distributors for their role in creating the opioid epidemic. The litigation is being led by Napoli Shkolnik attorneys Paul Napoli, Joseph L. Ciaccio and Salvatore C. Badala.

Napoli Shkolnik will work with Cleveland law firm Climaco, Wilcox, Peca, & Garofoli, Co L.P.A. The lawsuit will seek to reimburse the city for all of its expenses and other effects of the fraudulent and deceptive marketing and negligent distribution of prescription opioid medications.

"There is a connection between the growing number of opiates on the market, the heroin epidemic, and the number of deaths every year — and it is increasing, in some cases tenfold ... the City of Lorain, every year in the last three years or four years, continues to see overdose deaths."

Lorain Mayor Chase Ritenauer joins the City of Dayton Mayor Nan Whaley in filing lawsuits on behalf of their Ohio cities. Despite these cities' best efforts to combat opioid overdoses, the opioid epidemic continues to harm their communities. The costs to the City of Lorain are tremendous in both financial costs and the lives lost to opioids.

"There is a connection between the growing number of opiates on the market, the heroin epidemic, and the number of deaths every year — and it is increasing, in some cases tenfold ... the City of Lorain, every year in the last three years or four years, continues to see overdose deaths," said Ritenauer.

"The amount of money the counties spend on narcotics investigations, drug busts, the time to prosecute those who are dealing drugs...Narcan, which Lorain County is the first county who did a pilot program of Narcan," he said.

Mr. Paul Napoli added that “our door is open” to other municipalities and counties who are sick and tired of cleaning up the mess big pharma left behind.

Joseph Ciaccio, an Associate with the firm says, “The taxpayers have been stuck with the bill to clean up the mess created by opioids. This lawsuit seeks to force the pharmaceutical industry to use its billions of dollars in profits to help the communities ravaged by its products.”

Mr. Napoli has dedicated much of his career to mass tort litigation. He has fought on behalf of 9/11 injury victims at both the statehouse and the courthouse, and he and his team also took on the big energy companies which contaminated much of Long Island’s drinking water supply with dangerously high levels of methyl tertiary butyl ether.

Mr. Napoli first gained national attention in the 1990s, for his work in the multibillion-dollar Fen-Phen class-action settlement. Following, by serving New Yorkers in the aftermath of 9/11 & Jimmy Nolan’s Law. Now nationally against companies that take advantage of the American people.