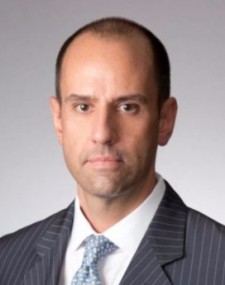 NEW YORK, N.Y., August 1, 2017 (Newswire.com) - ​​​​​Paul B. Maslo, a Partner at the national litigation firm Napoli Shkolnik PLLC, is representing drivers in a nationwide class-action lawsuit against Uber in federal court in the Northern District of California. Plaintiffs allege that Uber has breached their agreement ever since it instituted upfront pricing in August 2016. Maslo won a significant preliminary victory for Plaintiffs when the court issued a decision late yesterday afternoon denying Uber's motion to dismiss.

Because the upfront fare calculation always yields a higher amount, drivers have been getting the short end of the stick. The court's ruling recognizes that the agreement supports drivers' position and allows them to move forward with their case.

According to Maslo, "Because the upfront fare calculation always yields a higher amount, drivers have been getting the short end of the stick. The court's ruling recognizes that the agreement supports drivers' position and allows them to move forward with their case."

While there are several other cases against Uber based on its upfront pricing, Napoli Shkolnik is leading the charge and this is the first significant decision reached by any court.

Maslo joined Napoli Shkolnik in 2016 and is a Partner in the firm's class actions and commercial litigation department. He is also Department Chair. Prior to his work at Napoli Shkolnik, he was a litigation associate at Boies, Schiller & Flexner LLP. Maslo has extensive experience representing plaintiffs and defendants in litigation involving securities fraud, employment law, antitrust violations, complex financial products, contractual disputes, healthcare, deceptive trade practices, consumer claims, trade secrets, and the sale of art. He currently has cases pending in state and federal courts across the country.

​In addition to litigating high-profile cases, Maslo has published in many of the country's most well-regarded law reviews and legal journals. He attended law school at the University of Pennsylvania and studied finance at the Wharton School of Business. He earned an undergraduate degree in biology from the College of Arts & Sciences at Cornell University and a graduate degree in biology at Johns Hopkins University.