Christopher T. Braddock Has Been Recognized Among the Top in His Industry by Noticed©

DENVER, March 20, 2018 (Newswire.com) - Christopher T. Braddock, Attorney at Law, has joined Noticed©, an invitation-only service for distinguished professionals. Braddock has been chosen as a Distinguished Lawyer™ based on peer reviews and ratings, dozens of recognitions, and accomplishments achieved throughout his career.

Braddock outshines others in his field due to his extensive educational background, numerous awards and recognitions, and career longevity. He earned his Juris Doctorate from the University of Denver Sturm College of Law in 1993 after obtaining his undergraduate degree at Washington University in St. Louis.

I'm looking at a few things right now. First, is that since marijuana was legalized in Colorado but not yet federally, I'm watching how this is going to shake out between the state and the federal laws. The second is the "#MeToo" movement, which I think is changing our perception of what is considered a sex offense. Boorish behavior that was previously seen as inappropriate but not a crime is now being considered more seriously.

With nearly 25 years dedicated to law, Braddock brings a wealth of knowledge to his industry, and, in particular, to his area of specialization, criminal cases ranging from DUI/DWI and drug charges to sexual assault and homicide. When asked why he decided to pursue a career in this area of the law, Braddock recalls that his interest was first piqued while volunteering at the Office of the Colorado State Public Defender during his first year of law school:

"At the public defender’s office, I saw how the power and resources of the government were being used against its citizens. It really hit home for me how much help these people need. They need good litigators, people who aren’t afraid to take a case to trial and fight hard against the prosecution, and even the judges, for their clients’ rights."

Focusing his practice exclusively on criminal law, Braddock has tried numerous jury trials for all types of criminal cases throughout his career—including sex offenses, assault, battery, and murder, drug charges and traffic violations, and even white collar crimes—winning acquittals in a vast majority of these cases. Additionally, because of his tenacity and skill, he has obtained favorable results for thousands of clients without needing to take the case to a jury.

As a thought leader in his field, Braddock has attended numerous advanced seminars and trainings including the National Criminal Defense College. He is also a member in good standing with the National Association of Criminal Defense Lawyers and several local bar associations. This position of prominence allows Braddock to keep current on the latest developments in his industry. Recently, he noted that there have been major cultural shifts that are beginning to affect his practice:

"I’m looking at a few things right now. First, is that since marijuana was legalized in Colorado but not yet federally, I’m watching how this is going to shake out between the state and the federal laws. The second is the “#MeToo” movement, which I think is changing our perception of what is considered a sex offense. Boorish behavior that was previously seen as inappropriate but not a crime is now being considered more seriously."

Noticed© has written this news release with approval and/or contributions from Christopher T. Braddock. Noticed is an invitation-only reputation management service that is dedicated to helping professionals stand out, network, and gain a competitive edge. Noticed selects a limited number of professionals based on their individual recognitions and history of personal excellence. 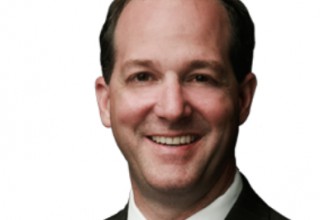