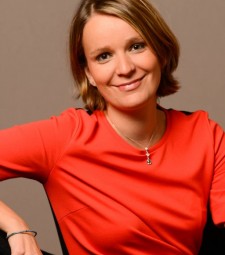 BOULDER, Colo., August 1, 2017 (Newswire.com) - Christina Inserillo is a graduate student in the field of animal health. She has a lifelong passion for horses and is currently pushing for research to be completed into the link between equine immunity and their diet. As with all fauna, a healthy lifestyle — which includes a balanced, nutritious diet and plenty of exercise — contributes to overall health, and she aims to uncover exactly what a balanced, nutritious diet is for horses.

Horses have been found to be susceptible to a variety of illnesses, many of which prove to be fatal. These include arthritis, West Nile Virus, tetanus, influenza, and sleeping sickness. It is now believed that, if healthy horses are given the right types of supplements, their overall immune system will be improved, protecting them from those types of illnesses.

As part of her studies, Inserillo aims to boost the overall health of animals the world over. Her goal is to ensure that horses do not become susceptible to diseases in the first place, by taking a proactive approach, rather than a reactive one.

She became particularly interested in the topic after the 15th annual Mid-Atlantic Nutrition Conference. This conference took place in April 2017 in Hunt Valley, and the topic was discussed by Lori Warren, Ph.D. PAS, who is the University of Florida's Department of Animal Science's main Equine Nutritionist. Warren had pointed out that 70 percent of an animal's immune system is linked to its digestive system, which proves that health and food are intertwined.

During the conference, Warren explained that the immune system is comprised of the innate and the adaptive system. The first is there to fight disease-causing organisms, providing blanket protection for all pathogens. The innate system is present in all living creatures and continues to function throughout life. Meanwhile, the adaptive system develops as it is exposed to pathogens, learning how to fight them and remembering those lessons for the next time it encounters them.

Christina Inserillo Wants to Improve on the Adaptive Immune System

According to Inserillo, boosting the adaptive system could be a great way to improve the overall immune system of horses. In fact, this is already done to a certain degree through vaccinations, which enhance the immune system but only for certain specific pathogens.

Inserillo is clearly not the only one with an interest in equine immunity. In fact, responsible horse owners the world over have started to invest in nutritional supplements to boost their horses' immune systems. Unfortunately, the scientific proof to demonstrate the effectiveness of doing so is still lacking. Inserillo, together with experts such as Lori Warren, are now pushing for more research to be conducted on probiotics and other foods that may improve equine digestive health.

The challenge is that scientists are hampered by an apparent inability to properly measure the immune system of a horse. The result is that it is equally difficult to measure whether certain foods have a positive or negative effect. Some scientists have suggested that one way to find out whether foods work would be to purposefully compromise the health of a horse, which is something that Inserillo vehemently opposes. Other scientists have proposed studying diseased horses, testing different kinds of nutrition to see which ones would improve their health. However, for Inserillo, this would be reactive rather than proactive science, as her interest lies not in healing horses, but in preventing them from getting sick in the first place.

There is a basic understanding of the nutritional needs of horses. This includes consuming vitamins and minerals, proteins, and fats. Some progress is being made in terms of determining where the greatest needs lie, and what their effects are. For instance, supplementing with omega 3 fatty acids, fibers, and fats, have had a positive effect on inflammatory airway disease and osteoarthritis, mainly because these nutritional elements are anti-inflammatory in nature.

It has also been found that pathogenic bacteria that reproduce in the gut of horses can be fought through functional fibers found in oat hulls and beet pulp, which are rich in probiotics. This is because these foods encourage the bacteria to produce large quantities of volatile fatty acids.

More needs to be done, however. Inserillo points out that feeding a horse a healthy, balanced, and nutritious meal is common sense. However, determining what that consists of, particularly now that horses no longer roam in the wild in most areas and are instead domesticated animals, is much more difficult. What would be classed as balanced and nutritious for humans, for instance, may not have the same effect on equine digestive health and the immune system.