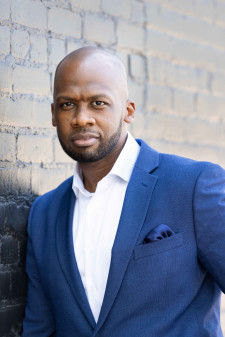 Harrington will lead the Saint Paul nonprofit, which is home to a wide variety of performances, including Broadway @ the Ordway, Concerts @ the Ordway, dance, and programming for young people and families, including the annual Flint Hills Family Festival. The announcement comes ahead of the Ordway's reopening later this month after being closed for 18 months due to the pandemic.

"The Ordway is one of the nation's leading performing arts centers and boasts diverse programming, a world-class venue and a dedicated community of arts supporters," said Harrington. "I couldn't be more thrilled to join the talented Ordway team and serve as the organization's next president and CEO. I look forward to collaborating with the board, staff and Arts Partnership to build on the Ordway's rich legacy and immerse myself in the vibrant arts community here."

Harrington joins the Ordway from the Detroit Symphony Orchestra, where he has worked since 2012. Passionate about connecting people through the arts, he has a successful track record in audience development, revenue generation strategy, leadership, and advancing diversity, equity and inclusion priorities. Among his many achievements during his tenure at the Detroit Symphony Orchestra, Harrington reimagined and launched its venue The CUBE, increased its presentations sevenfold, grew ticket revenue by over 300% and grew audiences to better reflect the demographics of Detroit.

His hiring concludes a comprehensive national search process guided by Arts Consulting Group. He will succeed interim president Chris Sagstetter, who will resume her previous role as executive vice president and CFO. He is the Ordway's 12th president and CEO.

"Chris is a trusted arts advocate and we're thrilled to welcome him to the Ordway family and the Twin Cities," said Brad Wood, chair of the Ordway's Board of Directors and its search committee. "He is passionate about community and bringing people together around the performing arts. I can't imagine a better person to lead the Ordway as we reopen."

ABOUT THE ORDWAY CENTER FOR THE PERFORMING ARTS

The Ordway is the arts epicenter of Saint Paul, Minnesota, and one of the leading nonprofit performing arts centers in the country. Founded on the belief that performing arts should be wide-ranging and accessible to all, the Ordway is home to a variety of performances that encompass the finest in Broadway musicals, concerts, dance and vocal artists. The Ordway serves thousands of children each year through its education programs and presents the annual Flint Hills Family Festival. Known as the most comfortable place to catch a show in Minnesota, the Ordway includes a magnificent 1,900-seat Music Theater, a state-of-the-art 1,100-seat Concert Hall and spacious lobbies. The Ordway aims to reflect the communities it serves and address barriers to ensure everyone can experience the power of the performing arts.

Source: The Ordway Center for the Performing Arts

The Softwood Lumber Board and U.S. Department of Agriculture Sign Memorandum of Understanding to Support Net-Zero Carbon Construction and Resilient Forests
The SLB and USDA to Collaborate on Market Development, Research, and Technological Advances Toward Expanded Use of Wood as a Natural Climate Solution
Goff Public - Sep 14, 2021