"Surrender" written by author Chris Baum is a fascinating religious fairy-tale about a Sasquatch named PoBo who sets out on a dangerous journey to be reunited with his family. PoBo faces many obstacles along the way, and his faith is tested repeatedly. 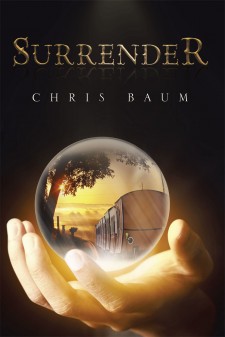 Atwater, OH, November 21, 2017 (Newswire.com) - “Surrender” is a mesmerizing religious fairy-tale about an unyielding spirit determined to achieve three important things: faith, family and love. “Surrender” is the creation of published author, Chris Baum, a husband and father who describes the act of writing as a conduit that allows one to travel back to the freedom of youth.

Surrender can mean many things to many people, even animals. In this fictional story, a religious fairy-tale satire about a Sasquatch named PoBo, we learn what it can mean on many different levels. On one level, PoBo is displaced from his family at an early age amid a war initiated by humans. But with an unyielding spirit to be reunited with his kin—and with music being his best motivator, at least at first—the hairy bachelor decides to set off on a dangerous quest to find them.

PoBo knows the journey will be fraught with danger because he knows he and his family are on the endangered list—a constant struggle to survive. But like an adage he once read in a book, “nothing ventured, nothing gained,” he is steadfast to not give up on his goal. Fortunately, and unexpectedly, he gets some assistance from two animals, one of whom is far bigger in his faith than his physical size. PoBo encounters many obstacles along the way, and his own faith is tested repeatedly as time runs out to fulfill his quest. What he at first thinks is the true meaning of his journey becomes redefined as a desperate yearning to achieve three things: faith, family, and love.

Author Chris Baum leaves readers with this thought, “When we are broken, and we realize we are not in complete control, it’s time to surrender.”

Readers can purchase “Surrender” at bookstores everywhere, or online at the Apple iTunes Store, Amazon, Kobo or Barnes and Noble.

James C. Clements's New Book 'The End Times: The Sequence of Events' Opens the Readers' Eyes to the Truth Within the Book of Revelation and Its Fulfillment
Recent release "The End Times: The Sequence of Events" from Covenant Books author James C. Clements is an enlightening tome filled with discussions on the completion of the tribulation period and mankind's final judgment as written in the Bible.
Covenant Books - Sep 23, 2020

April J. Buchanan's New Book 'Hard Love' is a Resounding Book That Delves Into the Lord's Love That Defines a Person's Perspective of Love
Recent release "Hard Love" from Covenant Books author April J. Buchanan is an enlightening account on the essence of God's love and how it becomes a template for earthly love and its redefinition.
Covenant Books - Sep 23, 2020