Charles E. Feldmann Has Been Recognized as One of the Top in His Industry by the Expert Network©

DENVER, Colo., October 4, 2017 (Newswire.com) - Charles E. Feldmann, Co-Founder & Managing Partner, Feldmann Nagel, LLC, has joined The Expert Network©, an invitation-only service for distinguished professionals. Mr. Feldmann has been chosen as a Distinguished Lawyer™ based on peer reviews and ratings, dozens of recognitions, and accomplishments achieved throughout his career.

Mr. Feldmann outshines others in his field due to his extensive educational background, career longevity, and numerous awards and recognitions. After graduating from University of Denver College of Law in 1992, he received additional military justice training at the Naval Justice School in Newport, Rhode Island. He then continued his service with the Marine Corps as a Federal Prosecutor and Federal Defense Counsel, conducting over one hundred criminal trials during his active duty service. In 1996, he left the Marine Corps and accepted a position with the 14th Judicial District Attorney’s Office in Colorado as well as running a Drug Enforcement Agency Drug Task Force as the Project Director.

I tell all my clients in the cannabis industry to be a good boy scout. Be prepared. Hope for the best and prepare for the worst.

With over 25 years dedicated to law, Mr. Feldmann brings a wealth of knowledge to his industry, and in particular to his areas of specialization, criminal and corporate law. When asked why he decided to pursue a career in law, Mr. Feldmann said:

"While in the Marine Corps, I learned about the many opportunities to serve my country not only as a Marine Officer but also as an attorney. Service to my country and my clients has defined my legal career."

Mr. Feldmann has recently focused his practice on advising cannabis business clients on how to operate a 100% compliant state regulated business. Over the course of his career, Mr. Feldmann’s superior results both inside and out of the courtroom have earned him numerous awards and recognitions. An Avvo 10.0/10.0 “Superb” Rated attorney, he has been selected by Colorado Super Lawyers®, included among the American Institute of Family Law Attorneys’™10 Best in Client Satisfaction for 2016, and was named among The National Trial Lawyers’ Top 100 Trial Lawyers for four separate years.

As a thought-leader in his field, Mr. Feldmann keeps his eye on prevailing trends within the ever-developing medical and recreational marijuana industry. He notes:

"I tell all my clients in the cannabis industry to be a good boy scout. Be prepared. Hope for the best and prepare for the worst."

Mr. Feldmann spoke at the 2017 American Bar Association’s Annual Meeting in New York City entitled The Trajectory of Marijuana Law and How it Will Affect Your Legal Practice. Mr. Feldmann is also the author of Federal and State Sex Offender Registration: A Guide for Military Justice Practitioners and Strategies for Military Criminal Defense. 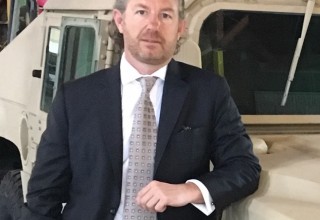