LOS ANGELES, March 6, 2018 (Newswire.com) - ChainBLX is tackling the issue of scalability through their work in creating a different kind of blockchain. Two key factors that make ChainBLX more scalable is the innovative consensus algorithm and the subchain design. Through this innovative blockchain, ChainBLX will create a marketplace where a regular consumer as well as an organization, can buy and sell digital certificates in the stock market or a digital certificate in music, art, movie, etc. With this innovation of blockchain, they will use the similar functionality used in the marketplace to create a news blockchain where a community will be able to separate real news from the fictitious in an effort to eradicate the fake news.

ChainBLX will run several chains which are different and cover security, decentralization, while also helping with overall scalability. These sub-chains will run along and around the main block-chains. ChainBLX does not see any issue with running some known centralized sub-chains as trust in those institutions has to be given by nature and cannot influence the functions of the main chain. ChainBLX overcomes the problem of trust as everyone who participates can duplicate and connect their own sub-chain to the main chain. ChainBLX envisions that larger firms and insurance companies, as well as banks offering digital certificates, will do so. Everyone who participates can decide which institution or side chain they trust and use. For ChainBLX, centralized sub-chains mean no private or permission-based sub-chains. It means only that a centralized authority exists for those sub-chains for the method of the distribution algorithm.

An alternative consensus algorithm to proof of work (PoW) is proposed to be used for ChainBLX main blockchain. The proposed algorithm provides a low-energy cost solution as well as allows for keeping the blockchain decentralized.

1.     Every miner, including participants like (sub-chain contributor), has to buy and hold a fixed amount of management fund certificates (BLX-MF) as collateral. This is necessary because other blockchains are kept honest with Proof of Work algorithm that miners have to invest in lots of electricity to get Bitcoin, around $2,000 worth of electricity. Fraudulent behavior will cost money and they will lose the coin that they worked to get. Since we don’t require a high amount of electricity, we had to establish another deterrent which is that people have to buy a certificate and that they would lose the certificate which is valuable.

2.     The issuing number of the BLX-MF held by any given mining node is hashed together. This hash gives a certain property on a sphere within the same area, but different location. All active miners make up the entire sphere (multi-dimensional object). This is done as the size of the area is increased or decreased so that the entire sphere is covered.

3.     Each node is also given a “trusted code” hormone which allows the node to input one vector. The hormone is hashing the vector input with the ledger information and hormone ID contained in the block, forming a hash which is again translated into a vector. (All vectors are adjusted to the same length.) So, it is next to impossible to predict the direction of the vector based upon the input. The addition of all submitted vectors (of a minimum number of submitted vectors) gives a start and endpoint of a directional vector.

4.     The hashed number of certificates exchanged not the amount of transaction (one transaction can have hundreds or one certificate) give the sphere a rotation and associated angle.

5.     Each mining node then has to exchange hormones after a given number of cycles with the node possessing the property of the opposite side of the sphere. (The constant rotation and associated angle of the sphere make this a random redistribution of the hormones in the system.)

·       This proposed consensus algorithm allows a cost-saving methodology of selecting nodes to add to the blockchain as only one input per node is necessary or allowed.

·       It is easy for the community to check that the calculation was done without cheating.

·       It levels the playing ground of computing power so that every node has equal chances to be selected.

·       In the case of a fork occurring within the blockchain, the chain with the most weighted average between vectors and certification exchanges will be the main chain and the others will be disregarded and added back to the transaction to be processed. 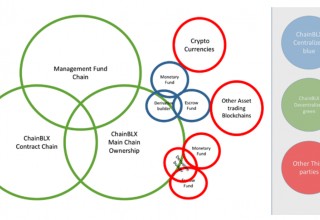 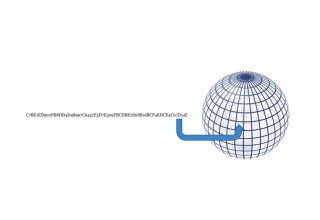 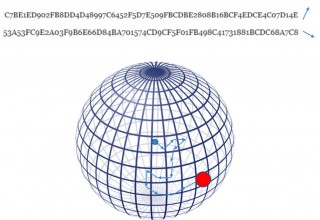