Chad Lindberg vs. the 7 Ft Man

Actor Chad Lindberg teams up with Ghost Hunts USA at Old South Pittsburg Hospital in an epic battle of good vs. evil. The event is an overnight ghost hunt where guests can not only watch the battle play out but take part in the investigation of discovering what lurks in the dark abyss of the abandoned hospital. 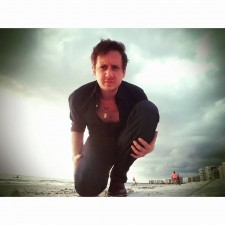 South Pittsburg, Tennessee, February 3, 2017 (Newswire.com) - Since time immortal, there is one question that has plagued the minds of humanity—What happens when we die?  The journey to seek an answer to this question has been wracked with wars, genocide, slavery and many other atrocious acts.  Religions offer answers based on faith but few have had the opportunity to actually glimpse the other side and live to tell the tale.  One of those rare people is actor Chad Lindberg (Fast and the Furious, October Sky, Supernatural, and more).

This extraordinary near-death experience has left Chad more susceptible and open to paranormal and spiritual interactions.  From his role as cohost on Destination America’s “Ghost Stalkers” to his many investigations all over the world, Chad has captured the hearts of millions of fans as he continues to look for answers to this same age-old question.

On Thursday, March 23rd, Friday, March 24th and Saturday March 25th, Chad Lindberg will be teaming up with Ghost Hunts USA to explore the paranormal activity at one of the most haunted locations in America, Old South Pittsburg Hospital in South Pittsburg, Tennessee.  Many teams have ventured into these abandoned hallways seeking the truth of what goes on after we leave this mortal coil and few have been disappointed in what they have found.

Old South Pittsburg Hospital sits atop solid Limestone with a natural spring that runs beneath the foundation feeding into a still existent well from a former plantation that used to occupy the land.  Many paranormal investigators believe that these two geological characteristics create the perfect storm of natural energy that charges the atmosphere and allows spirits the ability to manifest.

The land has also played host to a bloody history.  During the Civil War the area was occupied by the Cherokee who traded openly with the Union Soldiers allowing them to store artillery and supplies on the forested land.  When the Confederate troops learned of the outpost they indiscriminately slaughtered those involved, saturating the soil with the lifeblood of Native American and Union Soldier alike.

After the War, a plantation was built upon the site.  In the early 1920’s the plantation burned to the ground and in its destruction; 7 children tragically lost their lives.  Many investigators believe this is why there have been so many spirits of children encountered through EVPs (electronic voice phenomena) and photographs at Old South Pittsburg Hospital.

South Pittsburg Hospital served the people of the area from 1959 to 1998 but the hauntings did not wait until the doors closed to the public.  Many accounts from former nurses, doctors, employees and patients suggest that the spirits were already roaming the corridors and up to all sorts of hi-jinks when the hospital was in full operation.

Perhaps the most notable spirit that visitors have encountered is commonly known as the 7-foot-man.  This is an entity that lurks the third floor corridor slamming doors, shoving people into walls, growling and demanding that anyone who dares to roam that area “GET OUT!”  It is the professional opinion of the Ghost Hunts USA Staff and other experienced investigators that the large figure is not a former doctor as several have claimed but, in fact, was never human.

Demon or doctor, Chad Lindberg will take on the tall entity in an epic battle of dark versus light.  The actor is no stranger to dark entities, having taken several battle wounds throughout his career.  In order to triumph he will need to become master of his fears and surround himself in light and love.  This girl’s money is on Mr. Lindberg.

For further information and to book please click here

The #1 and largest public Ghost Hunting company in the USA! Ghost Hunts USA hosts events at historic haunted locations across the country offering the opportunity for everyone to engage in the unique field of paranormal investigation.