ROCKLIN, Calif., September 17, 2020 (Newswire.com) - IGH Naturals, a startup dedicated to formulating scientifically proven electrolyte solutions for athletes and patients, announced today that Dr. Carol Dollard, PhD, has joined its advisory board. Dr. Dollard is a leading industry figure with prior leadership positions at PepsiCo and Vitamin Water®, and a Venture Partner at The March Fund, a deep-tech fund focused on the development of health solutions for humans.

Dr. Dollard brings extensive experience to the startup due to her prior tenure at one of the largest Food and Beverage corporations in the world. Dr. Dollard was the Chief Operating Officer of Vitamin Water® for several years prior to its acquisition by the Coca-Cola group in 2007. “I am particularly impressed by the concept of using electrolyte solutions as therapies in a variety of clinical conditions, particularly since it is driven by scientific experience of the founder, Dr. Kharait who is a Nephrologist,” said Dr. Dollard. In the near future, the company aims to formulate a specific electrolyte solution for patients suffering from electrolyte wasting resulting from chemotherapy, chronic diarrheal diseases and liver failure.

Sports drinks are an $8 billion/year industry in the United States and are estimated to have continual growth of at least 7% a year in the coming years. In 2019, IGH Naturals launched their first product under its brand MAGNAK® after partnering with a 3-time world record holder, James “The Iron Cowboy” Lawrence. The electrolyte mix, Speed Sauce™, is a patented magnesium-rich electrolyte formula that prevents muscle cramps in athletes engaged in strenuous workouts. Dr. Sourabh Kharait, MD, Ph.D., developed this formulation in active collaboration with James and other endurance athletes who continuously suffered from muscle cramps in the field. MAGNAK® distinguishes itself from other formulations in the market by virtue of its optimized content of magnesium, sodium and potassium, thereby significantly reducing muscle cramps during and after exercise. The product is available on Amazon and is sold via its e-commerce store.

The company is now raising funds for its Seed round to expand its inventory and product line. “Carol brings in a wealth of experience that IGH Naturals can really benefit from. Her role as the COO of Vitamin Water® and her experience in formulation, business strategy and operations within the world’s largest beverage industry provide her with a unique perspective to guide our company through its planned milestones,” said Dr. Kharait. The company’s second product, designed for a larger population of patients is set to be introduced in Spring of 2021. The company holds a patent for its formulation. 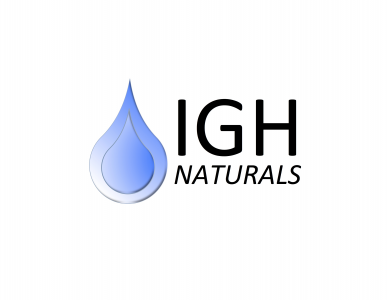