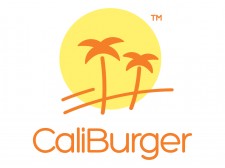 Los Angeles, CA, October 11, 2016 (Newswire.com) - Caliburger​TM​ announced October 7 that it is opening two additional stores in Maryland. The first store will open in 2016 at 1924 York Rd, Lutherville-Timonium, MD 21093. The second unit, which will open in early 2017, will be located at Harbor Center in Annapolis. Both stores will feature Caliburger's signature food products, along with its mobile ordering and interactive gaming systems.

Additionally, Caliburger recently entered a new franchise agreement with a local real estate and operating partner to open at least 10 units in Washington DC and Virginia. Caliburger expects to focus its development efforts in North America on the East and West Coasts, in partnership with local operators building restaurants in communities they live in and have a strong connection to. The brand will have approximately ten restaurants operating in North America by early 2017 and be on course to reach 50 units globally.