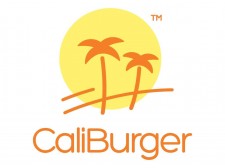 Los Angeles, CA, October 17, 2016 (Newswire.com) - CaliBurger™ announced today that the next global FunWall tournament at CaliBurger restaurants will run from November 1 until November 30 and will focus on a new course of the visually striking jumper game, GemJump.  The tournament, titled Ice Spire - Cash Climb, will feature new avatars jumping in a winter-themed, icy filled environment.

CaliBurger customers should register now for the next tournament through the GemJump App, where a player purchases $2.99 worth of  coins to improve his or her performance in the game and also gets a complimentary hamburger or cheeseburger.  Similar to the first tournament, gamers can practice now for the next tournament in “Single Player” mode of the App.  The “FunWall” mode for the global competition will be available for gamers to join on November 1.  For those gamers that are not geographically near a CaliBurger restaurant, a virtual tournament is coming soon with daily prizes.

Thousands of gamers from countries all over the world downloaded the game to compete in the first GemJump tournament at their local CaliBurger restaurants, where game highlights and the local and global leaderboards were shown on the video walls.  The global leaderboard can also be seen at www.caliburger.com.

The winner of the Ice Spire - Cash Climb tournament will receive a grand prize of USD $10,000. The four runners up will receive the latest Apple iPad Pro’s. There will also be daily prizes of food and beverages from the CaliBurger menu.

FunWall is the one stop solution for social and tournament gaming. FunWall revolutionizes social gaming by giving everyone the power to play the games they love, as a social event, anywhere – anytime. FunWall also provides a pervasive, technologically transparent social gaming platform to all types of infrastructure owners. This adds immense value to the consumer experience, by making dwell time fun and interactive, encouraging increased repeat visits. www.funwallgaming.com