C.C. "Cliff" Gibson, III Has Been Recognized Among the Top in His Industry by the Expert Network© 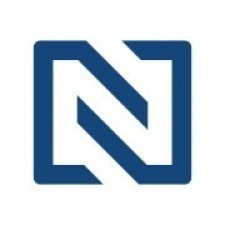 Monticello, AR, May 31, 2016 (Newswire.com) - C.C. "Cliff" Gibson, III, Managing Partner, Gibson & Keith PLLC, has joined The Expert Network, an invitation only service for distinguished professionals. Mr. Gibson​​​​​​​​​​​​​​​​​​​​​​​​​​ has been chosen as a Distinguished Lawyer™ based on peer reviews and ratings, dozens of recognitions, and accomplishments achieved throughout his career.

Mr. Gibson​​​​​​​​​​​​​​​​​​​​​​​​​ outshines others in his field due to his extensive educational background, numerous awards and recognitions, and career longevity. He received his Juris Doctor from the University of Arkansas in 1981. He holds a Bachelor of Science from Mississippi State University. Mr. Gibson has twice won the “Best Attorney” category of a Readers’ Poll conducted by a Southeast Arkansas newspaper, has been rated by his peers as the highest level of professional excellence, and he has received the AV Preeminent rating from Martindale-Hubbell®.

"I grew up on a farm and that's what I was going to do for my vocation. But I had an uncle who was a lawyer, and he encouraged me to pursue a career in law."

As a thought-leader in his industry, Mr. Gibson is dedicated to sharing his knowledge with colleagues across the state of Arkansas. He has conducted seminars for the Arkansas Bar Association as well as the Arkansas Trial Lawyers Association. His prominence across several prestigious professional organizations, along with his decades of experience, gives Gibson a unique vantage point from which to follow prevailing trends in law. He noted:

"I am paying attention to changes that are affecting the conduct of litigation. I am constantly trying to keep up with the tort reform measures that are being enacted in various states as well as with discovery rules in both State and Federal courts."

Mr. Gibson is licensed to practice before all State and Federal Courts in Arkansas, the 8th Circuit Court of Appeals in St. Louis, and the United States Supreme Court, and has been admitted pro hac vice before the Courts of other States. He is a member of the American Association for Justice, Arkansas Bar Association, Arkansas Trial Lawyers Association, and the Southeast Arkansas Legal Institute.

Mr. Gibson presently serves as County Attorney for Drew County, Arkansas, and has served on the Board of Directors of Commercial Bank & Trust Company for over twenty-five years.