HONOLULU, Hawaii, February 7, 2018 (Newswire.com) - Brook Hart, President, The Law Offices of Brook Hart, has joined The Expert Network©, an invitation-only service for distinguished professionals. Hart has been chosen as a Distinguished Lawyer™ based on peer reviews and ratings, dozens of recognitions, and accomplishments achieved throughout his career.

Hart outshines others in his field due to his extensive educational background, and numerous awards and recognitions, and career longevity. He is a 1966 graduate of Columbia Law School and earned his B.A. Political Science in 1963 from Johns Hopkins University. Among many other honors, he is rated AV® Preeminent™ for the “highest level of professional excellence” by Martindale-Hubbell® and has also received the highest available rating (5.0) in Martindale-Hubbell®'s Peer Reviews for Legal Knowledge, Analytical Capability, Judgment, Communication, and Legal Experience.

With over 50 years of experience dedicated to law, Hart brings a wealth of knowledge to his industry, and, in particular, to his area of specialization, criminal law. When asked why he decided to pursue a career in law, Hart said:

"I thought that being an attorney would allow me to use whatever professional skills I would develop to assist others who were facing significant life challenges. I also believed that the practice of law had the potential for achieving positive social change. I chose criminal defense law because that area most frequently presents opportunities to advance and extend constitutional rights and protections to persons accused of criminal offenses."

As a thought-leader in his field, Hart’s dedication to protecting the rights of the criminally accused extends beyond his thriving law practice. In 2005, he co-founded the Hawai'i Innocence Project at the University of Hawaii William S. Richardson Law School. The Project is an in-depth, upper-level course that analyzes the facts and law that have led to the convictions of persons who are actually innocent. As an adjunct faculty member co-teaching that course, Hart noted some of the recent trends in that area:

"The courts are beginning to recognize that over the years many highly profiled defendants were wrongfully convicted. We are currently working on a case in which we believe a man has been wrongfully incarcerated for close to nineteen years. Many of these cases are receiving a significant amount of attention from the media, so I’m hoping that this situation will lead to increasingly more thorough investigations by law enforcement, before allegations are asserted by prosecutors." 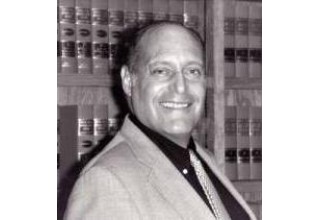