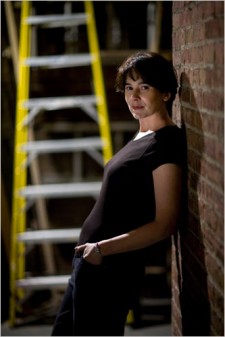 The lab will be directed and choreographed by the Fulton's own multi-award -inning Executive Artistic Director Marc Robin.

“It Happened in Key West” debuted late last year in a 29-hour industry reading at “The Davenport Theatre” in NYC, starring Courtney Reed ("Aladdin"). Casting for the upcoming developmental lab has yet to be released.

"It Happened in Key West" is a deeply moving and zany romantic musical comedy unlike any other.

The musical is based on the shocking true events that rocked the tiny island in the 1930s. After nearly four decades of searching for the dream girl of his boyhood visions, eccentric scientist Carl finally finds his beloved on the little island of Key West, only to lose the young beauty to the fatal disease of tuberculosis. But for Carl, the eternal optimist, death is only the beginning. Haunted by the spirit of his beloved (and at her request), Carl takes her body from the graveyard and brings her home, where they live undetected for seven years. And where Carl embarks on the most ambitious fixer-upper project in history.

Come laugh, cry and be uplifted by this unforgettable true story that will make you believe in undying love!

For more information, go to:

Source: "It Happened in Key West," Outside The Box Entertainment