BATON ROUGE, La., February 7, 2018 (Newswire.com) - Brad Cranmer, Co-Founder, Mansfield, Melancon, Cranmer, Dick, has joined The Expert Network©, an invitation-only service for distinguished professionals. Cranmer has been chosen as a Distinguished Lawyer™ based on peer reviews and ratings, dozens of recognitions, and accomplishments achieved throughout his career.

Cranmer outshines others in his field due to his extensive educational background, numerous awards and recognitions, and dedicated client service. He earned his bachelor’s degree in political science and criminology as well as his JD from Louisiana State University. In addition to holding both an “Excellent” rating and consistent 5-star reviews on Avvo’s website, he was also listed as one of America’s Top Lawyers for 2018 by the American Law Society. Cranmer is also a member of numerous local and national legal organizations, including the Louisiana and Baton Rouge Bar Associations.

What I'm seeing is that this coverage is nowhere near enough to cover anyone who has been significantly injured.

Honored as one of The American Institute of Personal Injury Attorneys’™ 10 Best in Client Satisfaction, Cranmer brings a wealth of knowledge to his industry, and, in particular, to his areas of specialization, plaintiff’s personal injury, family law, criminal defense, and debt collection. When asked why he decided to pursue a career in law, Cranmer said:

"My first exposure to law actually came from television, so I had this idea of being in the courtroom, being in front of juries, and making convincing and powerful arguments. Sure enough, I am in a courtroom almost every day, doing exactly that, and I love it."

As a thought-leader in his field, Cranmer is attuned to the subtle fluctuations in the local and national legal climate. A specialist in personal injury law, he noted that the current regulations around auto insurance are setting the average person up to fail:

"Right now you can waive uninsured motorist coverage and the number one policy is what’s commonly called the fifteen/thirty policy, which is where the insurance company will pay a maximum of $15,000 per person injured or $30,000 total, even if there are more than two people in the car. What I'm seeing is that this coverage is nowhere near enough to cover anyone who has been significantly injured. Just dealing with the EMS and getting to the hospital can cost more than $15,000. People end up paying out of pocket for something that's not their fault. So that’s something I’m looking at—what we can do to protect people from these situations." 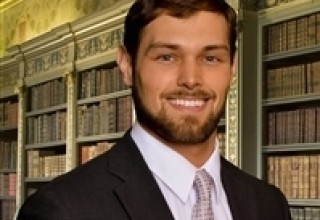