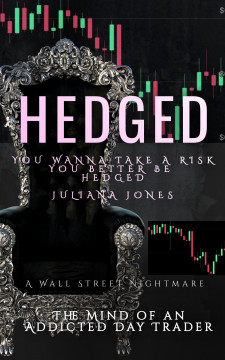 LOS ANGELES, January 20, 2022 (Newswire.com) - According to CG Holdings, the publisher of the book HEDGED, author Juliana Jones, an avid stock trader who penned the financial thriller based on true events, which immediately hit #1 on Amazon, has lowered the price of her book to help fallen traders.

"I wrote the book to help other traders," Juliana says. "According to Investopedia, 95% fail and lose money by day trading, and the fact is the small cap sector has been pummeled according to Bloomberg (Dec. 2021 article) but nobody talks about this. The meme stocks like AMC and GME have tanked, and the marijuana stocks are down a whopping 80% or more. People involved with NFTs are getting scammed and I wanted to write this book so others wouldn't feel alone, while donating to breast cancer 5% of the net proceeds in honor of my favorite author Jackie Collins."

According to CG Holdings, HEDGED has been #1 in new releases under the gambling category since it came out just weeks ago.

Juliana went ahead and slashed the book price on Kindle from $24.99 to $9.99 and notified certain traders in the stock and crypto message boards privately. "It's most important to me that I help others. People shouldn't feel that they want to kill themselves because they lost so much money."

CG Holdings has pointed out that Wall Street could use a good film depicting a female heroine killing it on Wall Street, and Juliana has noted that there already is film interest.

Juliana Jones started her career at Robertson Stephens working in the Venture Capital Group, was promoted to Institutional Sales, and then transferred to New York where she was hired at Morgan Stanley as a Senior Vice President. She ended her career at Carlin Financial, the firm talked about in Michael Lewis' financial thriller, Flash Boys.

She day trades and then tastes lattes around the world. 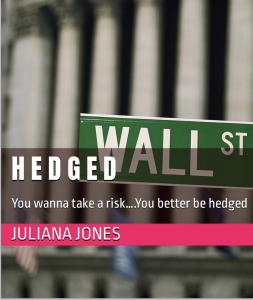