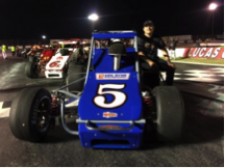 New Port Richey, FL, January 23, 2018 (Newswire.com) - Jesse Love Racing and Love Motorsports have announced that they have received “waiver” approval to participate with the established and venerable racing association, BCRA in the 2018 season.

The Bay Cities Racing Association (BCRA) is Northern California's premier oval track racing organization. Started in 1942, with over 76 years of history, BCRA continues the rich tradition of open wheel racing on both dirt and pavement tracks in California and Nevada.

“According to our rules, the BCRA Board is empowered to approve participation by drivers under 15 years of age with the submission of a very strong racing resume,” said Del Morris of BCRA.  “We have been watching Jesse for over two years as he achieved multiple championships in the USAC Western Focus Division.  Even though his track record speaks for itself, we had to extensively deliberate his participation at the age of 13.”  Love will be the youngest driver to ever take the track in a BCRA event in its 76 years of history.

Love has received “conditional” approval to run with BCRA.  Accordingly, he will be “flagged” to start from the back of the pack for six races.  The flag and conditional approval will only be removed if Love demonstrates an ability to manage the car under race conditions.  “If we didn’t believe that Jesse was up to the task, we would not have issued the “conditional” approval,” said Del Morris of BCRA. “We look forward to showing the racing world that these up and coming drivers have what it takes to engage in early entry to the midget world as long as they have an established record and clean history.”

Love will be driving the venerable #5 dirt and pavement cars for Van Dyne Engineering.  Seasoned crew chief, Tres Van Dyne already has a USAC Midget Championship under his belt as well as multiple wins with BCRA.  “I have been running with Jesse for the last three years in the USAC Focus series and watched him  take down over a dozen Wins and six USAC Championships…I believe he’s ready,” said Van Dyne. “We have a lot of work to do and a long road ahead of us.  Full midgets with BCRA is going to present a steep learning curve for Jesse and his team.  I believe that our history of working together will be a benefit.  We have strong communication and Jesse listens well and learns quickly.”

Needless to say, Love can’t wait for the 2018 season to start.  “I am very excited and honored by the BCRA approval.  Just to be on the same track with drivers like Cody Gerhardt, Chad Nichols, David Pricket, Courtney Crone, and Maria Cofer is an honor,” said Love.  “These drivers have been my idols and mentors for years and I am looking forward to being on the same track with them, learning from them, and racing with them.”  When asked if he was intimidated by these big names, Love said, “My goal is to go out there, keep my nose clean, and learn everything I can from them every lap.  BCRA drivers are some of the best drivers in the country….I have nothing to prove and A LOT to learn.” 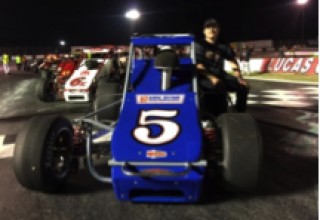 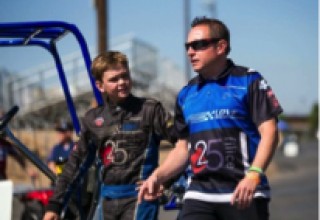 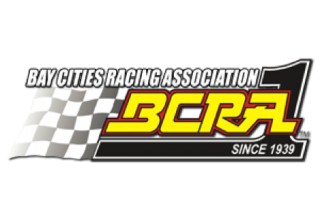