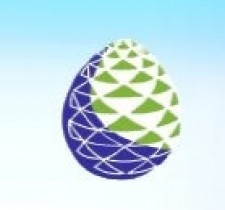 Tarzana, California, April 7, 2016 (Newswire.com) - After living with lead-laced drinking water for two years, Flint residents now have a proven way to safely reduce or remove the heavy metals in their body.

“Everyone in this world has the right to be healthy.  We are confident we have the solution to Flint’s critical health problem.  Too many harmful metals have been consumed because of the recent water supply crisis,” said Babry Oren, CEO of BAO Health Resources Corp.

We were very pleased to find that our expectations were well exceeded, as the findings represented an overall high level of heavy metal removal across our test patients.

There has been growing evidence that links toxic metals to cancer and other illnesses. Unlike other illnesses in the human body, these harmful metals don’t always show symptoms right away.  However, if left unchecked – their eventual effects can be devastating.  The crisis in Flint is particularly damaging to the area’s 9,000 children -since they absorb and retain more lead than adults. Prolonged exposure can lead to brain and kidney damage, anemia, and can affect their developing nervous system.

BAO Health Resources will be presenting Folium pX, a natural antioxidant, to the Flint City Council on April 11th, 2016 at 5:30pm and on April 14th, 2016, Founder Babry Oren will be at a town hall meeting at 1040 Doyle Ryder Elementary School, at 5:30pm-7:00pm.  Folium pX has already undergone extensive laboratory testing - to be effective in removing toxic metals from the human body. Safe for children.

After conducting one of these tests, Dr. James Privitera of Covina, California wrote, “We were very pleased to find that our expectations were well exceeded, as the findings represented an overall high level of heavy metal removal across our test patients.”  Nearly all the patients saw a reduction of heavy metals, Dr. Privitera said, including uranium, mercury, barium, silver and cadmium.

Folium pX was developed in the State of Georgia of the former USSR - at the direction of the government, following the Chernobyl disaster of 1986. It is made from pine, grape seed, and other natural ingredients.

BAO Health Resources is a manufacturer and distributor of a flagship nutraceutical product, Folium pX.