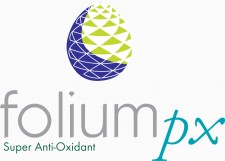 Tarzana, California, April 11, 2017 (Newswire.com) - "We are pleased to welcome Dr. Nodar Mitagvaria and his expertise in Biological Sciences and Experimental Biomedicine, to assist in developing and interpreting test results and the effects of our products on humans and animals within the BAO Health Resources research and development department,” said Babry Oren, CEO and Founder of BAO Health Resources.

Dr. Nodar Mitagvaria studied at the Georgian Technical University and then, as a graduate student at the Beritashvili Institute of Physiology, where he received his PhD (1971), in 1984 he received the degree of Doctor of Biological Sciences in Leningrad, Sechenov Institute of Evolutionary Physiology and Biochemistry.   At the beginning of his research activity, he served as a research scientist at the Beritashvili Institute of Physiology, and later, as the head of the Department of Metabolic Maintenance of Brain Functions.

He also served as the department head for the Cerebral Blood Flow and Metabolism for the Center for Experimental Biomedicine.  He is currently serving as the senior consultant for the Valley Cancer Institute in Los Angeles, and as the Chairman of the Scientific Council at Beritashvili Center for Experimental Biomedicine.  In 1991, he became a professor in Human and Animals Physiology, and in 2013 he was elected and became a Full Member of Georgian National Academy of Sciences (Academician). He is also a governing member of the International Brain Research Organization (IBRO), and the Federation of European Neuroscience Society (FENS).

Path-physiological Society, Sigma Xi, the Scientific Research Honor Society, and vice-president of the Georgian Physiological society.  “It is a pleasure, privilege and honor to serve this company’s research and development department and succeed in filling BAO’s mission, to meet the challenges of the world’s health issues of radiation and toxic heavy metals that are found in our air, food and water,” said Dr. Nodar P. Mitagvaria.

BAO Health Resources is a manufacturer and distributor of a flagship nutraceutical product, Folium pX.