Arthur T. Donato, Jr. Has Been Recognized Among the Top in His Industry by the Expert Network

PHILADELPHIA, Pa., January 16, 2018 (Newswire.com) - Arthur T. Donato, Jr., Founder, The Law Offices of Arthur Thomas Donato, has joined The Expert Network, an invitation-only service for distinguished professionals. Mr. Donato has been chosen as a Distinguished Lawyer based on peer reviews and ratings, dozens of recognitions, and accomplishments achieved throughout his career.

Mr. Donato outshines others in his field due to his extensive educational background, numerous awards and recognitions, and career longevity. He earned his BS in Economics in 1977 from Villanova University and his JD in 1980 from Widener University Law School. Among many other honors, Mr. Donato is AV Preeminent Rated by Martindale-Hubbell and was named to The Best Lawyers in America.

With nearly 40 years of experience dedicated to law, Mr. Donato brings a wealth of knowledge to his industry, and, in particular, to his area of specialization, criminal defense with an emphasis on white-collar crime. When asked why he decided to pursue a career in law, Mr. Donato said:

"I was raised in the sixties, and I always felt compelled to fight for people against whom the government was using its power. And I like the feeling of standing up for other people. Being a criminal defense lawyer was one of the ways I felt I could do that."

A majority of Mr. Donato’s clients are those accused of white-collar crimes including embezzlement, insurance fraud, identity theft, tax evasion, and more. Mr. Donato is also well-versed in representing public officials and those in need of assistance in the areas of corporate compliance and internal investigations, and is a sturdy bulwark for clients accused of assault, sex crimes, and even homicide.

As a thought-leader in his field, Mr. Donato pays careful attention to shifts and trends in his areas of specialty. He explains his recent focus:

"There’s a lot of change going on right now. There are increased immigration consequences as a result of our terrible president. There are more enforcement proceedings involving federal agencies like the FCC and not as many involving the EPA. And something I’ve been noticing for a long time is that penalties are getting harsher, in an attempt to reduce the incidence and severity of crimes. The most exciting thing is that there seems to be bipartisan agreement that criminal justice reform needs to happen. So that gives me hope." 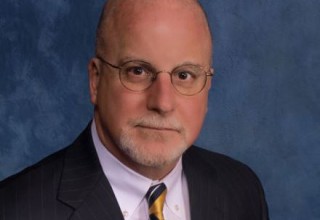