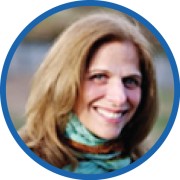 T. Gregory Bender, Anonymous Alerts, LLC Founder and CEO, commented on the expansion of the advisory board, saying: “We are continuously searching for outstanding individuals with proven track records, vision, and passion to strengthen our advisory board’s breadth of talent and depth of knowledge. Joanne’s world-renowned expertise in suicide postvention to families and school communities, and her deep understanding of suicide prevention, will be invaluable to helping us chart out our strategic direction and making tools and informational resources available to students and school staff to help prevent student suicides."

Joanne L. Harpel is the President of Coping After Suicide, a nationwide practice providing guidance to families, school communities, and professionals. A former attorney, Joanne was recruited in 2001 by the American Foundation for Suicide Prevention (the world's largest nonprofit dedicated to the issue), where she created the most well-respected, far-reaching array of postvention resources in the field, including After a Suicide: A Toolkit for Schools and a primer on explaining suicide to children. She is a seasoned guest lecturer, including at the United Nations, on Capitol Hill, and for the American Psychiatric Association, American Academy of Child & Adolescent Psychiatry, and New York State School Boards Association.

Ms. Harpel is the founding co-lead of a SAMHSA National Action Alliance on Suicide Prevention Task Force, serves on the National Suicide Prevention Lifeline's Consumer-Survivor Subcommittee, and won the American Association of Suicidology's Survivor of the Year Award.

"We are honored to welcome Joanne Harpel to our Advisory Board.  She is one of the most respected leaders in the suicide postvention field,” said Gregory Bender, President & CEO of Anonymous Alerts, LLC.

Anonymous Alerts® patented anti-bullying app helps combat bullying, safety issues and other negative activity in schools by empowering students to come forward to help themselves and other students.