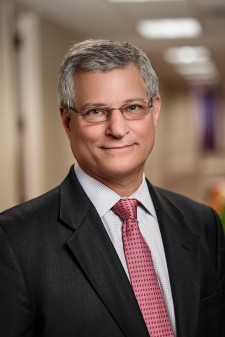 Andy Lubin is an accomplished real estate and commercial finance attorney and heads his firm’s Best Law Firms® Metropolitan Tier 1 Real Estate Group. He assists clients in all aspects of acquisition, financing, leasing, management, restructuring and disposition for retail, residential, office and industrial properties. As part of his commercial lending practice, Attorney Lubin has developed a subspecialty in closing both SBA 7a and 504 Loans. He is one of only four practicing lawyers in Connecticut holding a “Designated Attorney” certification from the U.S. Small Business Administration. Among his many honors and awards, Attorney Lubin has been listed in Best Lawyers since 2001, was previously named the Best Lawyers Real Estate “Lawyer of the Year” in New Haven in 2014, has been listed in the publication “Connecticut Super Lawyers” since its inception, and holds an AV rating from Martindale-Hubbell.

Since its first publication in 1983, Best Lawyers® has become universally regarded as the definitive guide to legal excellence. Because Best Lawyers is based on an exhaustive peer-review survey in which over 55,000 leading attorneys cast 6.7 million votes on the legal abilities of other lawyers in their practice areas, and because lawyers are not required or allowed to pay a fee to be listed, inclusion in Best Lawyers is considered a singular honor. Corporate Counsel magazine has called Best Lawyers “the most respected referral list of attorneys in practice.”

Neubert, Pepe & Monteith, P.C. is a general practice law firm with offices in New Haven and Fairfield Connecticut and White Plains New York. The firm is celebrating its 25th anniversary!